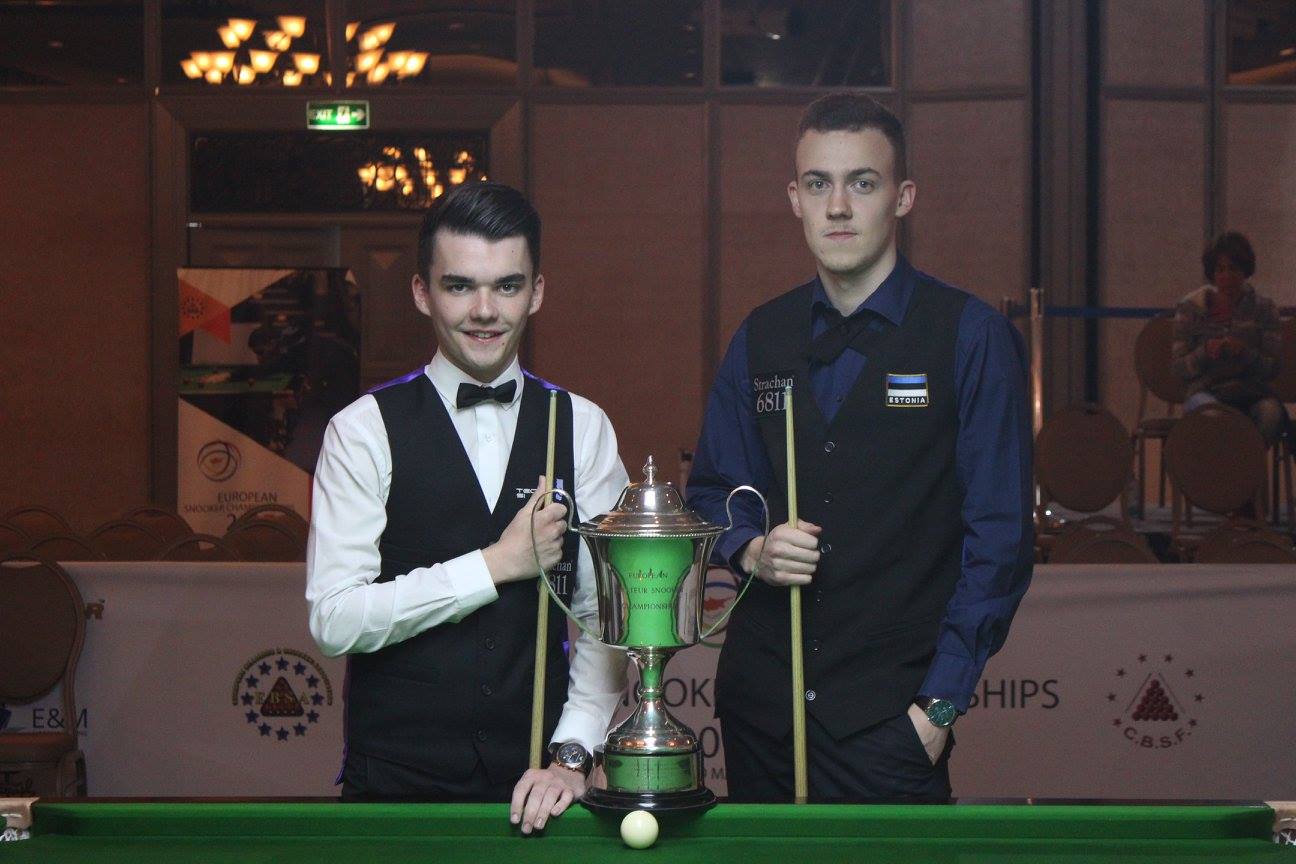 Scotland’s Chris Totten and Andres Petrov of Estonia will compete for the European Mens title tomorrow morning at 10:30

Chris beat finalist of the last two years Jamie Clarke by 6 frames to 4. Chris raced into a 4-1 lead at the break after which Jamie won 3 of the next 4 frames to almost level the match before Chris crossed the winning line

In the second semi-final, Andres edged a tense first frame. Andrew scored heavily in frame 2, after which Andres opened up a 2 frame lead aided by a 72 break. Andrew tied the match after the interval, but Andres chose his shots very carefully for the next three frames and took the second berth in the final 6-3