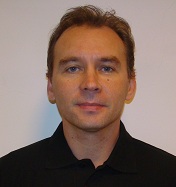 I am a graduate The Academy of Physical Education in Warsaw in 1992. As a young man I practised football and athletics – 100m and long jump. I have been playing snooker since 2002.

From 2005 I play in tournaments in Poland. In 2009 I took 2nd place in Polish Club Masters Championship. In 2012 I was first in Polish Championship over 40 ( Polish Masters ). I have been successful in many local tournaments. Since November 2011 I have been the Coach of Polish Ladies National Team.