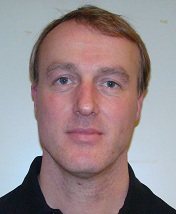 André Stadt started snooker in 1989. Before his snooker career, he played carom on his fathers’ billiard for 7 years. In the ‘90ths was André 3 times club champion (150 members) and he won some small tournaments in the Netherlands.

In January 2014 he followed the EBSA snooker coach course by PJ Nolan with 7 other dedicated snooker players and started snookercoach.nl!