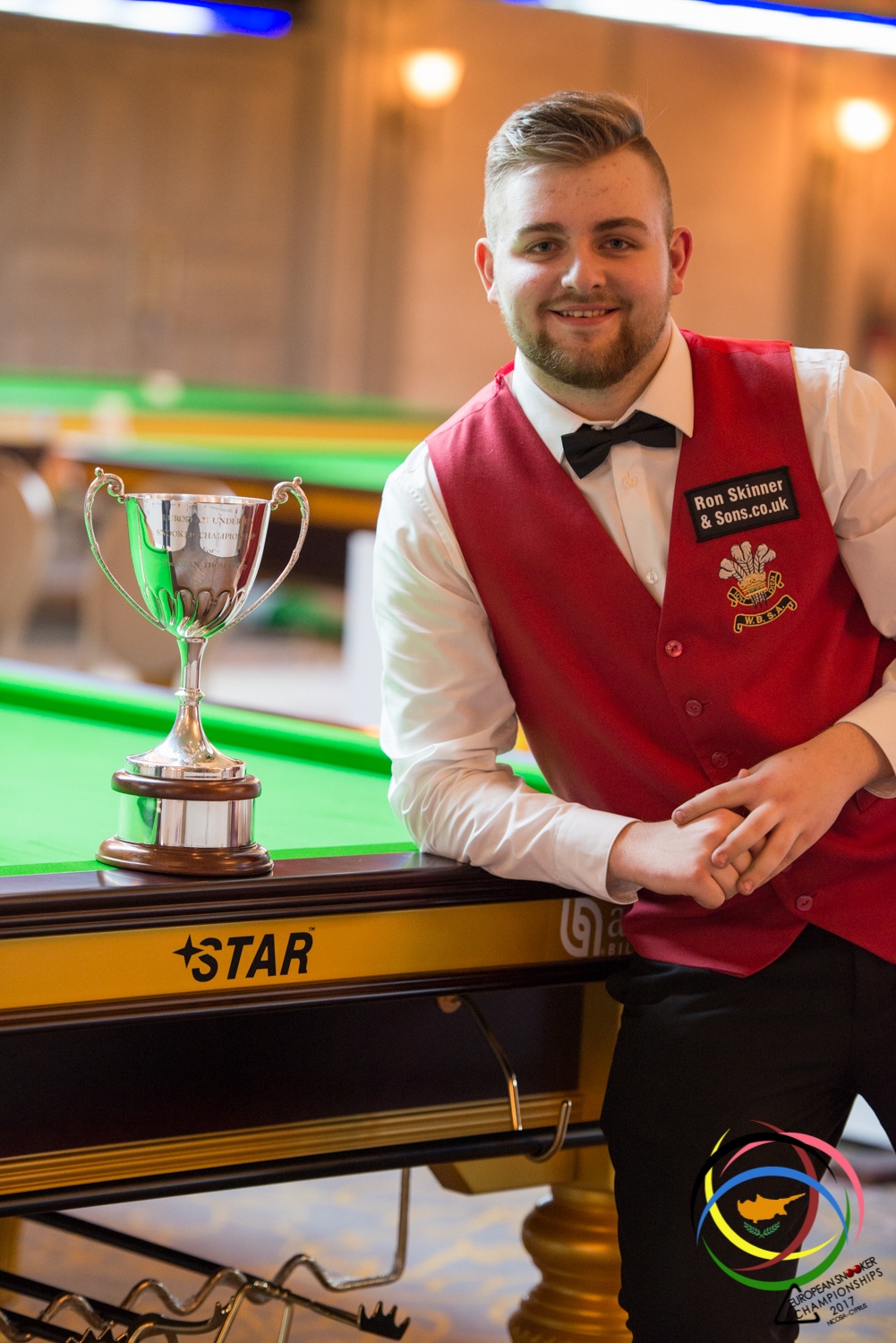 The Under 18 title 2017 has been won by Jackson Page of Wales, going one better than last year when he lost to countryman Tyler Rees.

In Semi Final 1, Amir Nardeia took the first frame from Ivan Kakovsky despite Ivan rolling in a 50 break. Ivan levelled with a comprehensive win in frame 2, including a 54 break and went 2-1 up in a close third frame. At the interval, some excellent play from both players had tied the score at 2-2. However, Amir returned from the break in fine form and had soon booked his place in the final 4 frames to 2.

Semi Final 2 started well for Aaron Hill, doing enough to keep Jackson at bay. Frame 2 was all Jackson though, leaving nothing for Aaron to get into the frame. Aaron took the third frame, but a 57 break by Jackson in the fourth tied the match at the interval. As with SF1, the break suited Jackson more than his opponent and a 68 in frame six wrapped up the match 4-2.

In the final, the first four frames were all nip and tuck and were shared equally. Amir cued up a fine 66 in frame 5 to edge ahead for the first time in the match. However, that was as good as it got for the man from Israel, as Jackson won the next three frames to keep the crown in Wales.