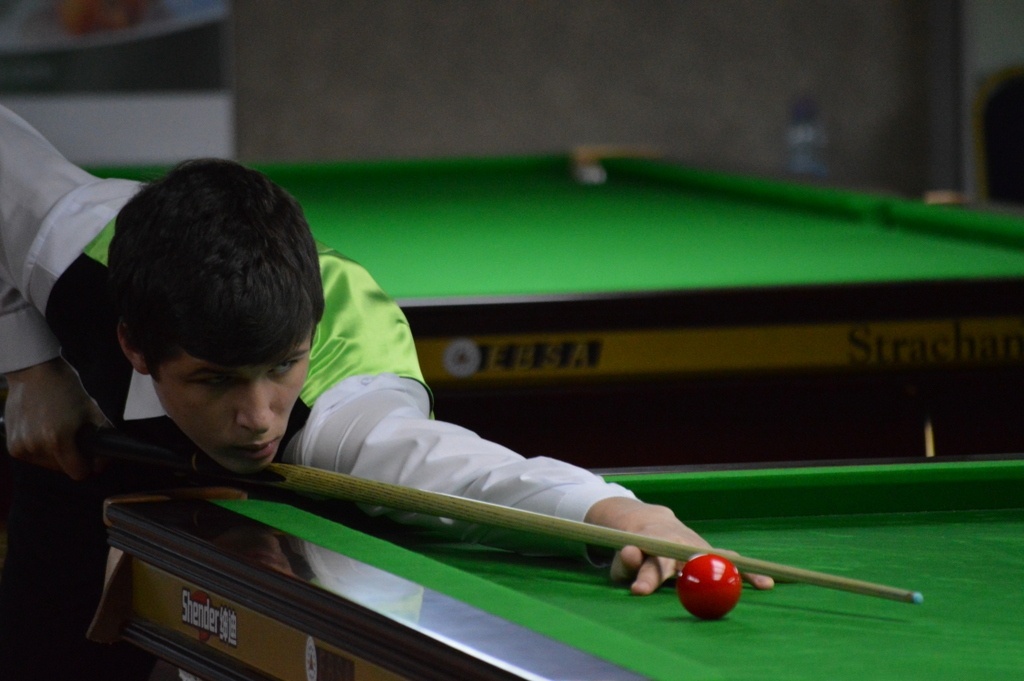 Poland’s Mateusz Baranowski finished off in style with a 103 break in the last frame of his 4-2 victory over Jakub Rendla.
Rendla started strong winning the first two frames but the polish junior fought back for the win and is now tied with Antonis Poullos and Ben Jones on three wins each at the top of Group H.
Mateusz will now face Ben Jones in his last match tomorrow and a win will guarantee top spot in the group. Also in Group H today Bratislav Krastev defeated Francisco Rodriguez to more or less insure his 4th place in the group. Krastev plays Jakub Rendla tomorrow just needing not to lose 3-0 to ensure the spot in the knockouts.
Ireland’s Jason Devaney is now tied on three wins a piece with Gareth Allen at the top of Group J after he defeated Lasse Petersen by four frame to nil with two breaks of 63 along the way. Jason must now face Allen tomorrow to see who tops the group.
Also in this group Austria’s Markus Pfistermüller has now finished all his matches and has insured himself 3rd place in the group as he can’t be caught even with other players still having to finish their last matches.
The youngster beat Bulgaria’s Mihail Angelov 4-0 this afternoon. Angelov will now face off against Lasse Petersen to see who will get the 4th qualifying spot thought to the knockouts.