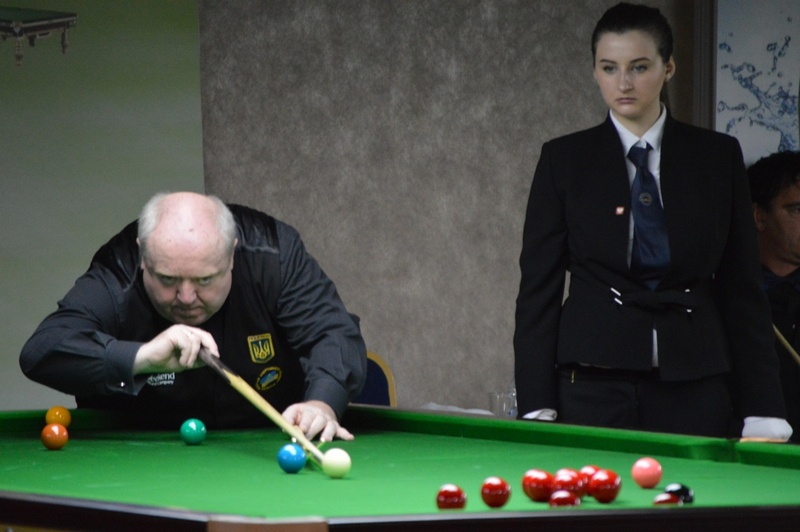 The centuries just keep on coming in the Masters Championships as Ukraine’s Alan Trigg knocks in a superb 113 break in the second frame of his 3-0 victory over Iceland’s Tryggvi Erlingsson.

It’s Trigg’s second win in a row in Group B and he’s now joined on two wins by John Terry from Wales who saw off Thierry Thenaisie from France 3-0 also in the 4pm session.

In Group A Ireland’s Tom O’Driscoll and Belgium’s Alain Vandersteen also won their second match of the tournament to stay in contention with Darren Morgan.

O’Driscoll defeated Kevin Chan from the Netherland’s 3-0 with the help of a solid 61 break in the second frame while Vandersteen was in total control of his 3-0 win over  Eli Tayar of Israel winning all frames comfortably.

In Group C we now have three players with two wins each as Wayne Brown, Jon Perring and Michael Heeger all won their second matches this afternoon. England’s Brown beat Jonathan Mabey 3-1, Welshman Perring was brought to the final frame before beating Austria’s Ebrahim Baghi 3-2 while Heeger from Germany had a more comfortable route to victory beating Murat Ayas 3-0.