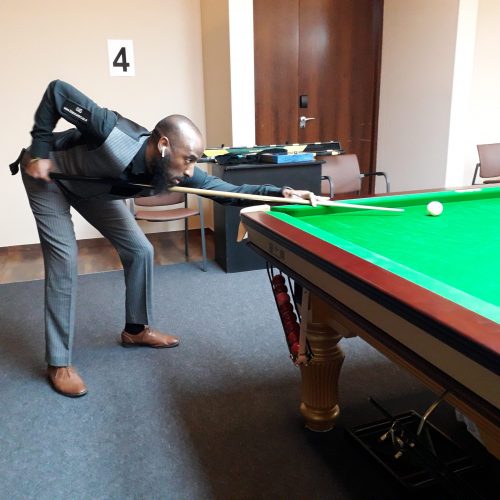 A superb 125 break from England’s Rory McLeod tops him aside with Heikki Niva as the best one so far at the Men/Mixed Event of the 2020 European Snooker Championships going on at Salgados Palace Hotel.

The 2015 Ruhr Open champion got the superb run in Frame 3 of the round-robin match with Finland’s Juha Erkinmikko in whice he performed a remarkable comeback from 0-2 to claim victory in the decider after getting also a 76 break on Frame 4.

One of the top favorites, McLeod achieved the third century of the main event after being surprised early in the morning in his first match by Northern Ireland’s Fergal Quinn 1-3. But is back on track and keeps his intentions of getting the EBSA nomination to World Snooker to return to the main tour for the next two seasons.