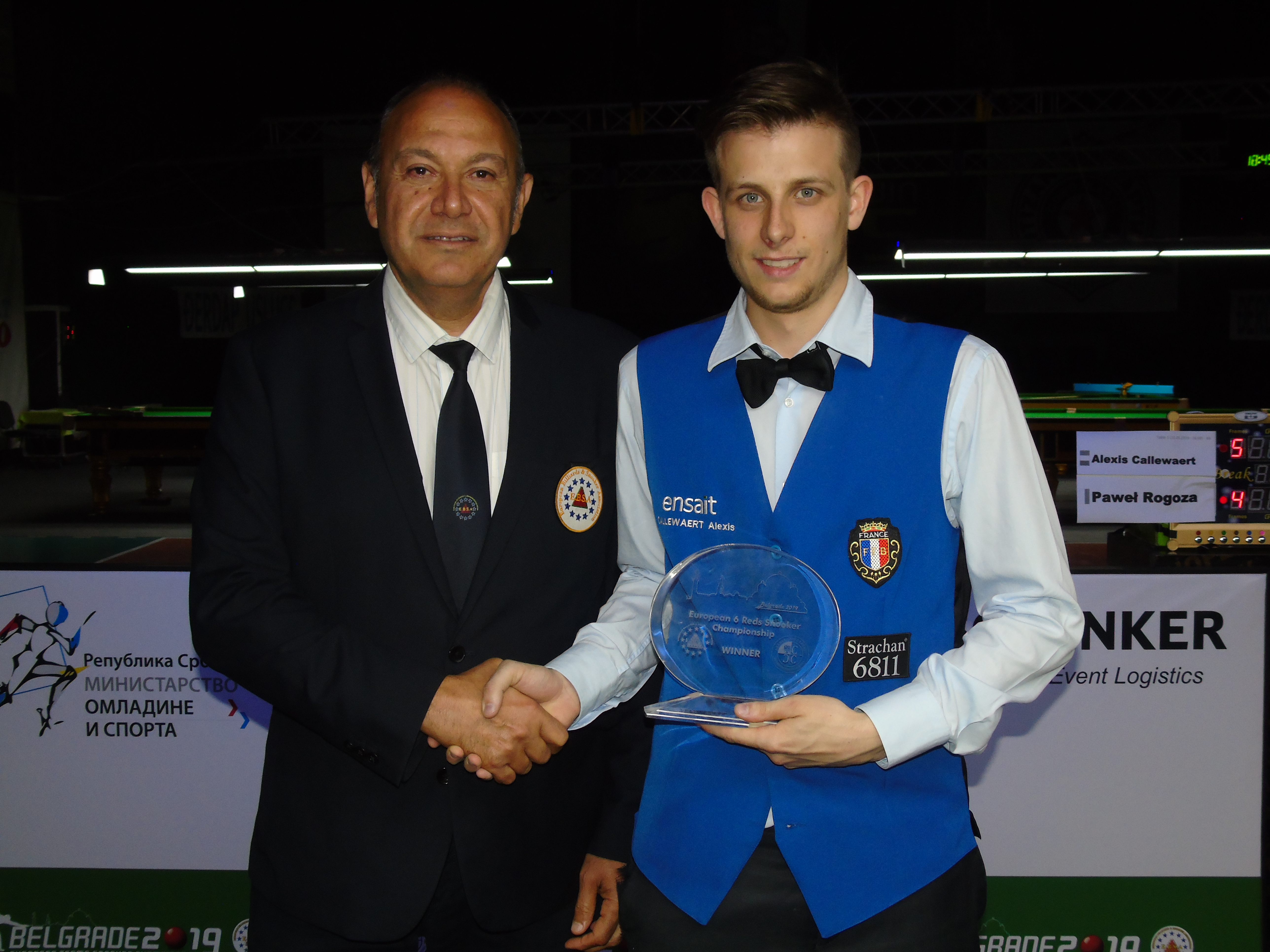 Congratulations to Alexis Callewaert from France who is the newly crowned European ‘6 Reds’ Champion.

Alexis won the final 5-4 against Poland’s Pawel Rogoza in Belgrade Serbia in what was a tactical battle between two very talented young players.

Both players were solid throughout the tournament and were deserved finalists and in the final it came down to the deciding frame where Alexis got a good lead.

With just four balls on the table Pawel needed snookers and despite many great shots it was not to be for the Polish player as Callewaert was clinical in all escapes and eventually potted the Blue to seal the deal.

Alexis will now make the journey to Thailand in September where he will compete in the WPBSA World ‘6 Reds’ and he will represent Europe with pride.

Alexis dedicated this victory to his family for their fantastic support in his bid to play the game he loves.