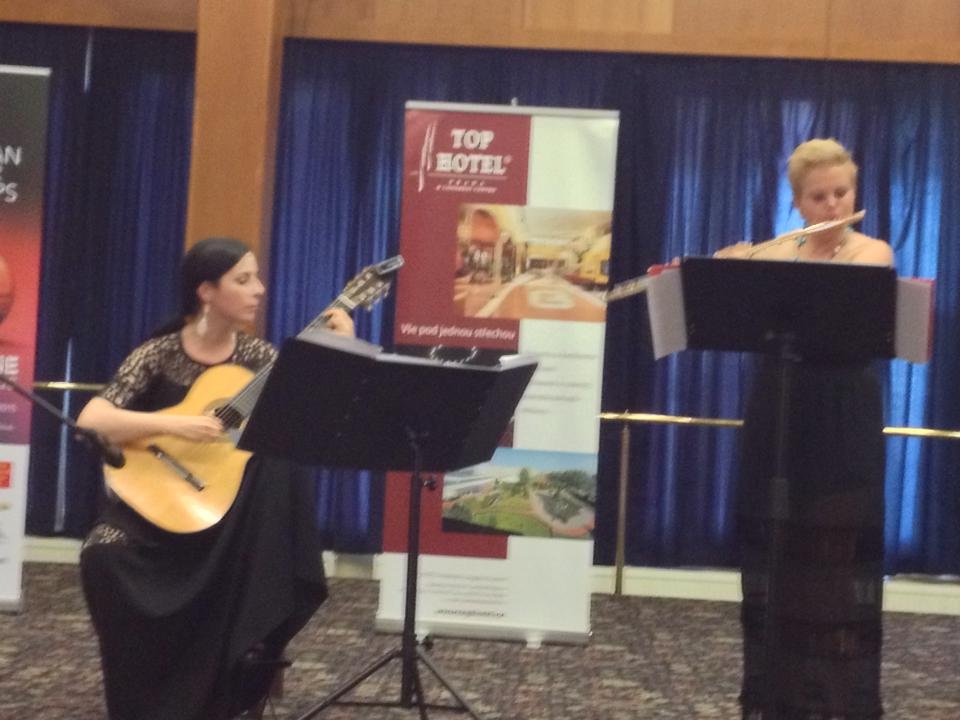 Next Wednesday morning the European Snooker Championships – Men, Women and Masters (over 40) will start at the Top Hotel, in Prague, but a record of 200 players and 38 countries represented in the event is already a reason for big joy, has the president of European Billiard and Snooker Association (EBSA), Maxime Cassis, pointed out this Tuesday night, in the opening ceremony of the event.

«That’s our goal, to have all players, the game is yours», told Maxime Cassis to a delighted crowd. A total of 107 men, 28 ladies and 65 masters will fight for the European crown, with a even stronger argument in men’s competition: the possibility of playing with the professionals in the Main Circuit in the next two years.

In a ceremony presented by dazzling Czech star Dana Kusebauchová and Jakub Rendla, all players and 34 referees listened to a magnificent concert from ‘Paparrasolla’ duet.

Special guest was the president of International Billiard and Snooker Federation (IBSF), the indian Captain Mohan. «A record of 200 players it’s phenomenal! And this year, for the first time, we will organize a Under-18 World Championships, and a first World Championships for disabled, too. We’ll also increase the number of ladies big events to four a year», Mr. Mohan announced.

The president of Czech Billiards and Snooker Association, Tomasz Nahlik, welcomed all for the games that will turn Prague in the center of Europe for the next 11 days.

Among the big favourites to win’s men competition, impossible not to point Shachar Ruberg (Israel), Jamie Rhys Clarke (Wales), Samuel Thomas (Wales), like the belgian star Wendy Jans in women contest or welsh Darren Morgan in Masters event. But they have to prove it on the table (best of seven frames in men’s contest).