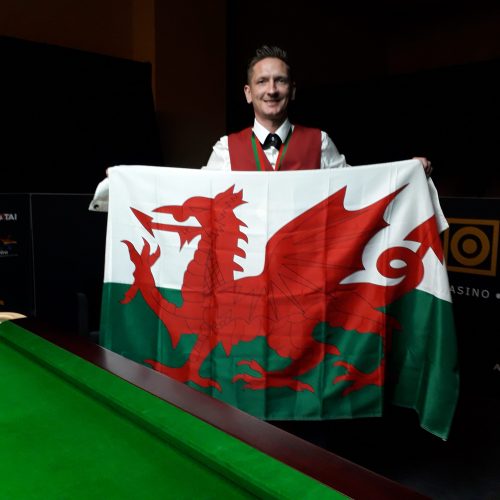 The Welsh Wizard, aged 37, claimed victory in the decisive match with Finland’s Heikki Niva by 5 frames to 2 and EBSA will nominate him to World Snooker to play the main tour in the next two seasons, also with a €2000 bonus attached. The wait is over for Andrew.

The Portuguese André Santos was the Final’s referee, assisted by Igor Miskovic, from Servia, as marker. Andrew Pagett gets the crown from Paland’s 2019 European Snooker Champion Kacper Filipiak.

It was the last match in 13 days in a row in this 2020 EBSA European Snooker Championships, ending the Men/Mixed event, preceded by the U18, U21 and 6 Reds competitions. Irishman Aaron Hill won U18 and U21 events, while Ukraine’s Iulian Boiko claimed victory in the 6 Reds tournament.

The Portuguese André Santos was the referee and the marker was Serbian’s Igor Miskovic. You can follow all results and updates of the competition on the www.ebsa.t