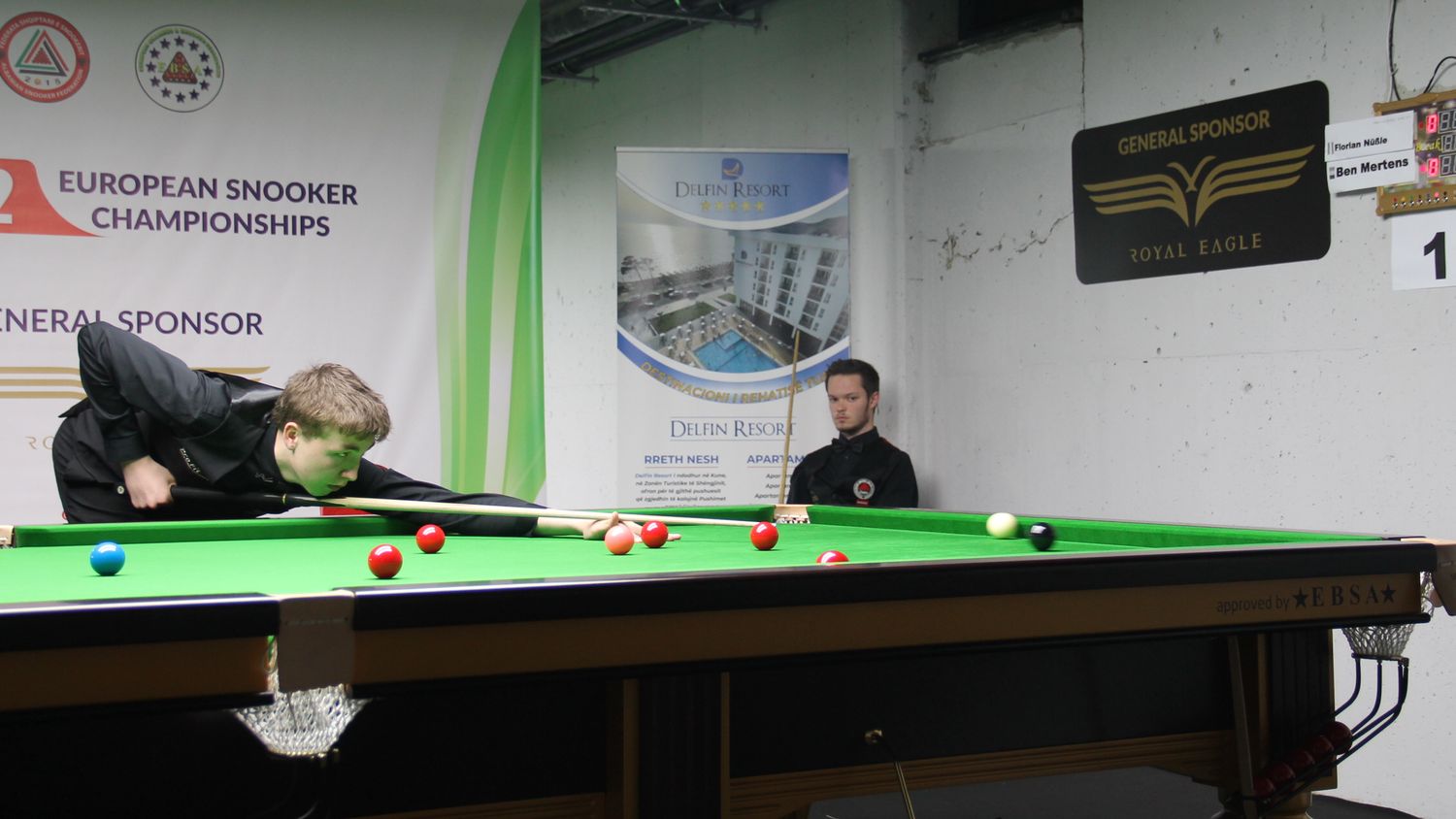 Belgium’s U21 european champion Ben Mertens missed the chance for a perfect 147 points break in Men’s event at the 2022 EBSA European Snooker Championships on the run at the Shengjin’s Delfin Resort by missing the pot at the 15th black. He focused that much in positioning the cue cue ball to pot the yellow next, with his one out of its spot, that he ended up missing the pot on the black and failling what was a remarcable attempt of a maximum break in Albania.

Ben ended his run with 113 points, the first century of the Men’s event and tops the breaks of this competition. It was the fourth three digits break of Mertens in a week in Albania, after performing two in the U18 event and one more at the U21 event.

It happened in Frame 2 of this Monday Men’s event round-robin match facing Northern Macedonia’s Petar Panov where he eventually claimed victory by 3 Frames to 0.

But some of the other main favorites for Men’s event already arrives in Albania: that’s the case of Estonian Andres Petrov ou Finland’s Robin Hull and Heikki Niva, this last one runner-up of the competition in 2020, losing the final to Welshman Andrew Pagett.