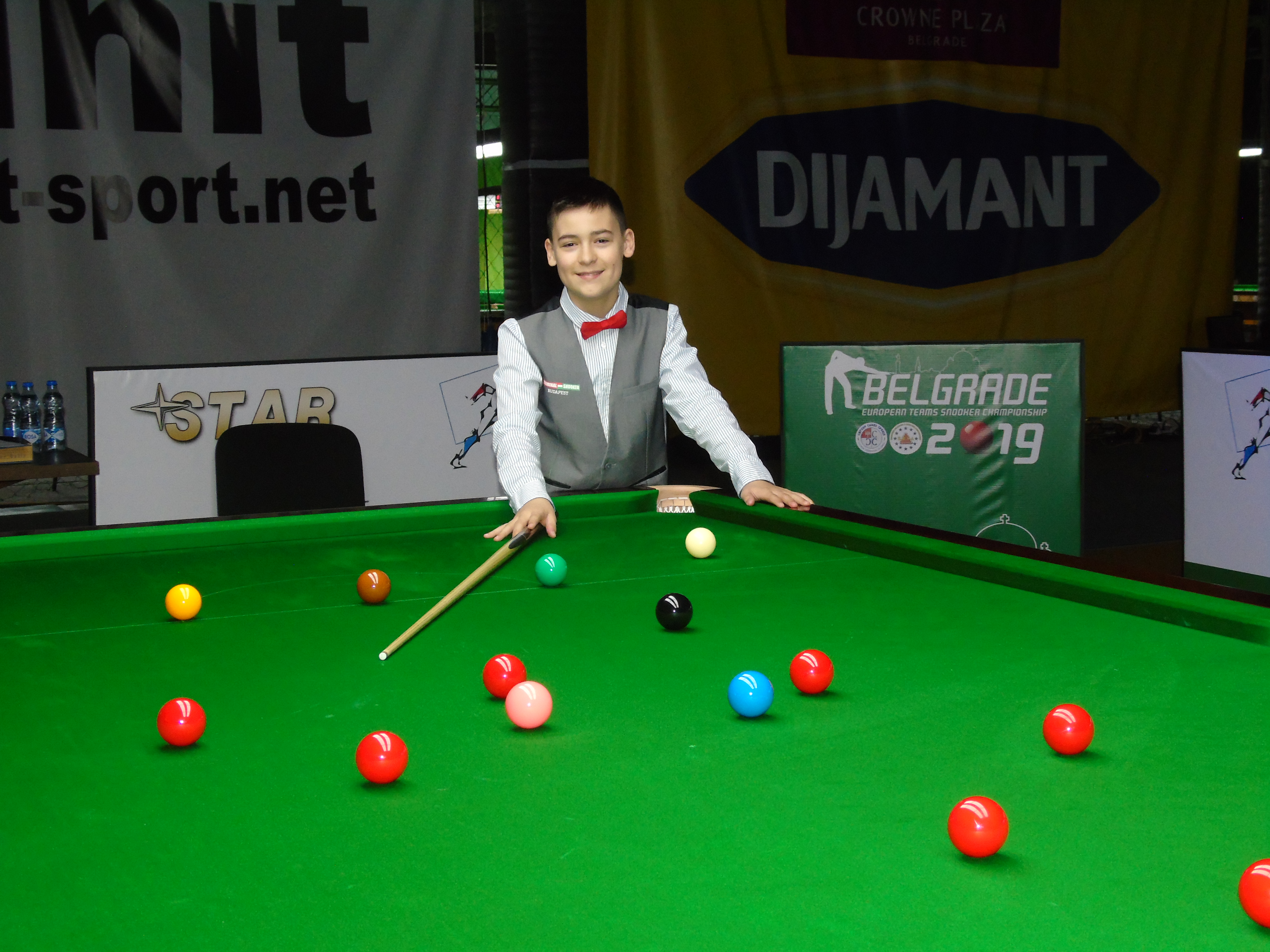 At just 12 years of age and with a tournament break of 107 and a practice break of 115 Bulcsú Révész is an incredible prospect and caught the imagination of everyone here in Serbia.

Révész defeated seasoned international players of some esteem, made the last 16 of the EBSA European ‘6 Reds’ where the defending champion Shschar Ruberg had to battle for his life to get past the young Hungarian by the narrowist of margins.

Révész then confounded the experts by going all the way to the Quarter Finals of the EBSA European Snooker Open where he lost out to the eventual winner Krisjan Helgason from Iceland.

Not only is he talented, but he does it with a smile on his face. His passion at the table is immense and his potting ability had many people scratching their heads. But most importantly he is a lovely kid, but a lovely kid with a ton of talent and frightening potential.

It was funny to see the look on the players faces approaching the match with Bulcsú, it was a totally different expression when the same player left the arena wondering, what the hell just happened there?

Remember the name Bulcsú Révész………. he is one for the future.

Remember 12 years of age what a player!