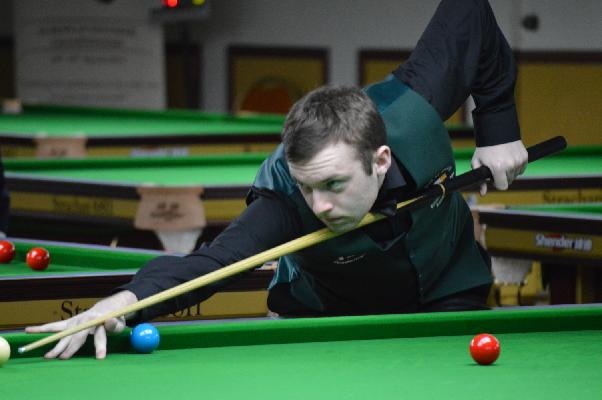 Ireland’s David Cassidy produced a thrilling comeback to beat England’s Clayton Humphries 4-3 on the black. Cassidy started the brightest knocking in a 95 in the first frame and took the next to go 2-0 up.

Humphries responded by taking the next three frames to take the lead and need only one more for victory. Cassidy took the next frame to level the scores but needed a great 22 clearance in the final frame to seal the victory.

The Irishman will now play Scotland’s Joseph McLaren straight way now after a few minutes break. In other matches Shachar Ruberg was made to fight for his Last 16 place by fellow Israeli Maor Shalom. Ruberg led 3-1 only for Shalom level the match at 3-3 but Ruberg held his nerve to win the deciding frame on the black ball.

The other match which finished late was that between Lukas Kleckers and Romania’s sole survivor Andrei Orzan. It was Kleckers to progressed however and will now face Olli-Pekka Virho in the Last 16.