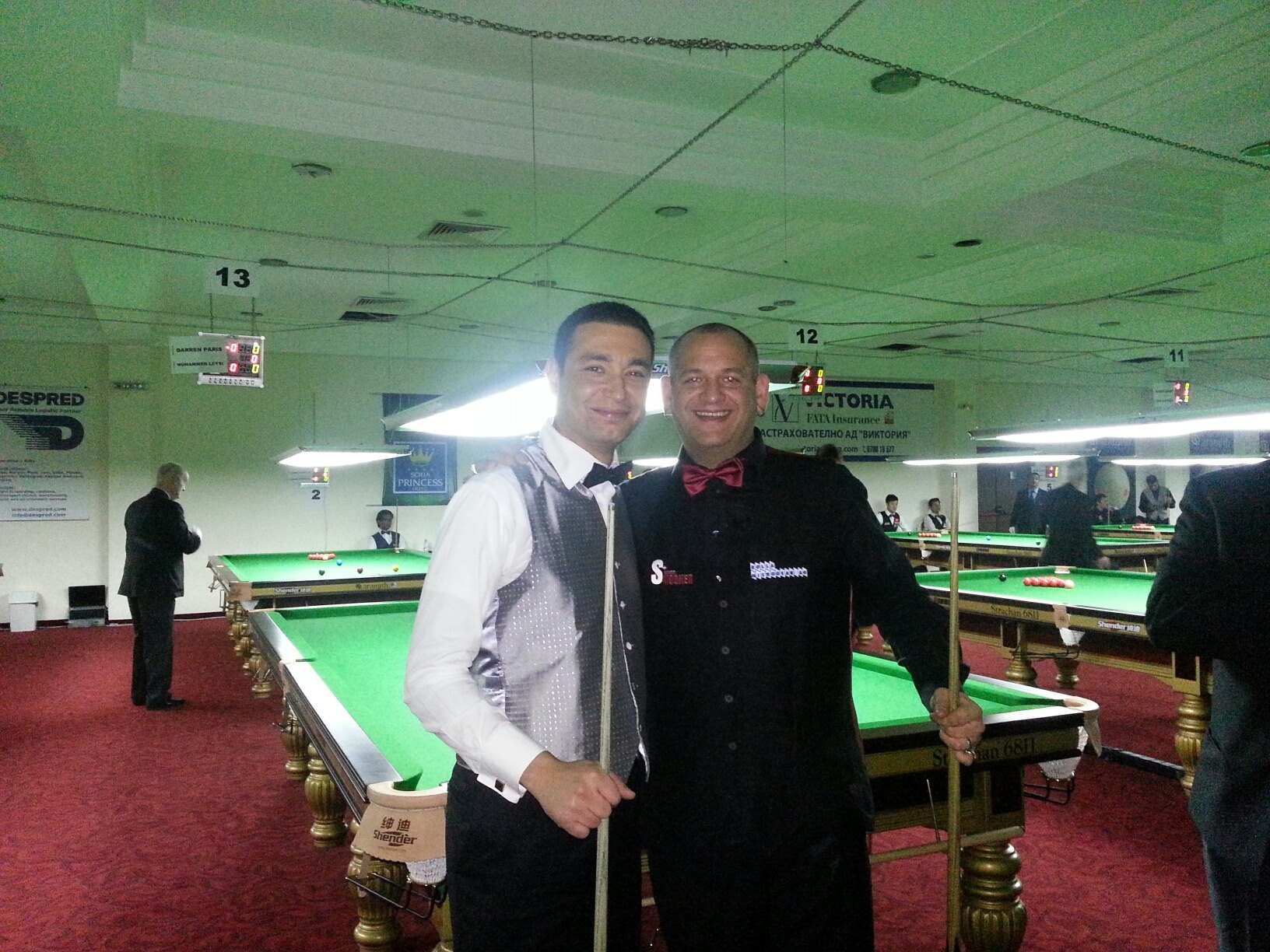 Imagine yourself losing all the strength and sensibility in your right arm, when you’re over 30 years. Imagine you’ll have to learn how to write and do all the common daily things left handed. And add to the scenery that happened to a general surgeon and also great snooker player, and you’re almost ready to meet Muhammed Leysi.

Leysi was one of the doctors that, in August 1999, when a big earthquake caused the dead of 40.000 people in his country, run for the place. «I did surgery on a tent. Also amputations, yes. That was almost like a war scenery. So much blessed and pain that I will never forget, marks you for life», he told us, with the eyes lost in the horizon.

Born in Egypt, son of a general who only admitted him to follow also the military career and did not allow him to arrive home after midnight – «once I got five minutes in delay, said sorry but no way, had to sleep the night out, that’s why I got a nickname, Cinderella» -, Muhammed volunteered to rescue and assistance to the earthquake in Sakharia and got a plane to Istambul the next morning.

For a month and a half he saved perhaps houndreds of lifes, but «never» in his life charged a dime for it. While he was in Turkey, another earthquake, measured 6,8 in Richter scale, got the region of Duzce. He flew there, but limited in communication to arab, a little of English and French, he needed a translator to talk with his patients. «We fall in love, she would become my wife», the now naturalized Turkish citizen told us.

However, that would prove to have huge consequences and turn his life upside down. There’s a rule, still valid in Egypt, saying militaries aren’t allowed to marry foreigners. The passion of a young Mohammed raise at that time. «My youth was all about snooker and medical school, no bars, no going out with friends. I married her still a virgin, at 27, and in secrecy. In the end, we got back to Turkey, her country», Muhammed reveals.

But Egypcian army was not in the will to forgive. The news spread, Muhammed has investigated and, in court martial, he was sentenced to 21 months in prison the moment he steps one foot on Egypt again. This was in 2000. The sentence remains. And he could never got back to his country.

«Not even last January, to attend my fathers funeral, when he died. Fortunately, him and my mother visited me sometimes in Turkey. But can not get back to my homeland. Funny thing is that I’ve been providing snooker tables for their federation for years, and they even thanked me officially», continues a Muhammed Leysi with the tears in his eyes. He graduated by Medical Universuty in Cairo, but never been in egypcian capital for the last 15 years.

His wife died, he had to ask for psychological assistance and help when falling into a deep depression.  Life plays its tricks and he felt perhaps the biggest heartbreak a human can feel: losing a son. But his other son, Emir, aged 3 years, is his father’s joy and the most beautiful reason to get over and wake up everyday with a smile on his face. «He was one year, he already played snooker», says Muhammed Leysi, a true gentleman and an inspiration for anyone.

«Once while I was studying medicine, I had to study hard for exams and I give the keys of my cues suitcase to my mother and did not play for six months: only studied.

Muhammed suffered a nerve syndrome in his right arm, the one he had ability with the scalpel as a general surgeon, to operate. Lost all the force on it, submitted himself to three surgerys. And when, in physiotherapy, he had to stand with his right arm straight holding a one kilogram weight, felt pain. Was the arm with wich he got a personal best break of 138. Gave up playing for three years, from 2008 to 2010.

«Now I manage to do a break of 82 playing with my left hand arm. Had a left handed snooker player as friend, he taught me how to play with my other hand and arm», told us a proud Leys. After all, the friends and excitement snooker brought to his life fulfilled the gap of the tricks fake and destiny have tested him throughout the years.

And he really should be proud. His graduation story is another example everyone must have as an example of dedication and devotion. His grandfather was on in his last days, at 91 years, and Muhammed made a question of honor, because Muhammed knew how glad he would be.

«When I knew I was accepted in medical university, I run to him and told him. He looked at me and asked for the official document: wanted to see it with his own eyes, was suspicious. I got a bus from my hometown to Istambul, got it, got another bus and give it for him to read. He took of his glasses and said ‘ok, well done’. Died in the following year, but you can’t imagine the joy I have for making him happy with major news», says. Leysi. You’re wrong, my friend: we all do. Big men have big hearts, too.

After treated a beginning of a food poison intoxication and a skin allergy problem to other players during this 2015 European Snooker Championships, doctor Muhammed Leysi smiles when we call him ‘Snooker 911’. But you would never believe the story behind the man. «My father always told to be black or white in lige, grey is only for clothing. He was right».

A lesson of life and an inspiration for everyone, Muhammed Leysi story. That could turn into a great book… or even cinema script.

«A director, in Istambul, knew some glances about the story of my life and offered me a contract with big money for me to sign it, in order for it to go become a movie. I refused. No money pays what I felt in my life. And you are about the fifth person in my life I tell this story», ended this sensational figure and central role of this shortened biography. Thank him for thinking that all the snooker fans deserve to knew her, too.