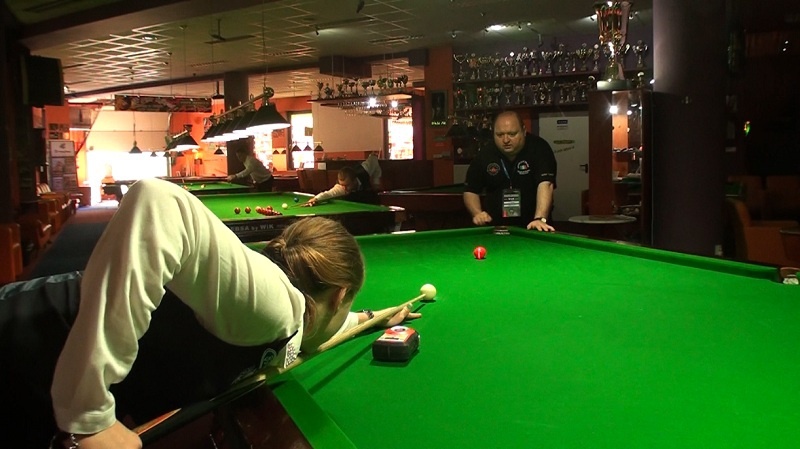 This morning PJ worked with Agata on improving her approach to the table of coming in on line. She also practiced some of PJ’s training routines to improve their cue ball control. 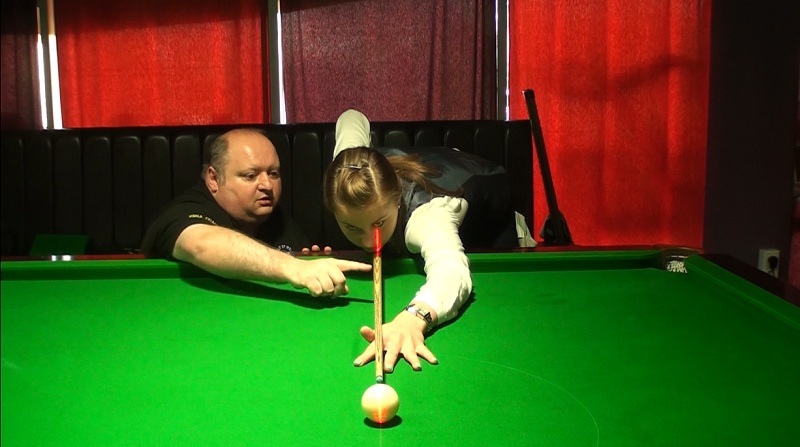