2014 will be a busy and exciting year in Dutch snooker when EBSA Head of Coaching PJ Nolan travelled from last week to Nieuwegeinin in the Netherlands to train eight Dutch coaches on behalf of the European Billiards & Snooker Association to become Official EBSA Snooker Coaches. 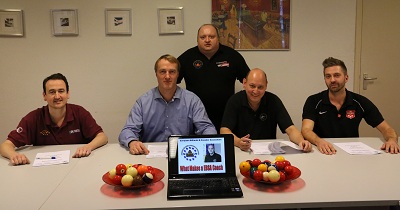 written exams covering all the techniques and skills of coaching the game of snooker.

The 8 day Coaching course in the Netherlands covered all aspects of the game from Planning Sessions, Designing Routines, Role of a Coach, Sports Psychology, Rules of the Game, Practice Exercises, Getting out of and laying Snookers, Written Records, Safety Play, Shot Selection, Oral Assessment, Preparation for Match- Play, Physical and Mental Etiquette. On the final day the coaches completed the EBSA coaching written exam.

Paul Swanenburg, Chairman of the KNBB Billiards & Snooker Association was on hand to congratulate the coaches on passing their first phase of the EBSA exam. He is delighted to have eight Dutch Coaches as EBSA Coaches who will promote the game all across the Netherlands.

Three of the newly trained coaches Kevin Chan, Manon Melief and Joris Maas represented Netherlands in the recent IBSF World Championships in Latvia in December. Following the course Kevin who is also a board member of the KNBB said the course was excellent and it is the first step to get the level of snooker in Netherlands to a higher level. 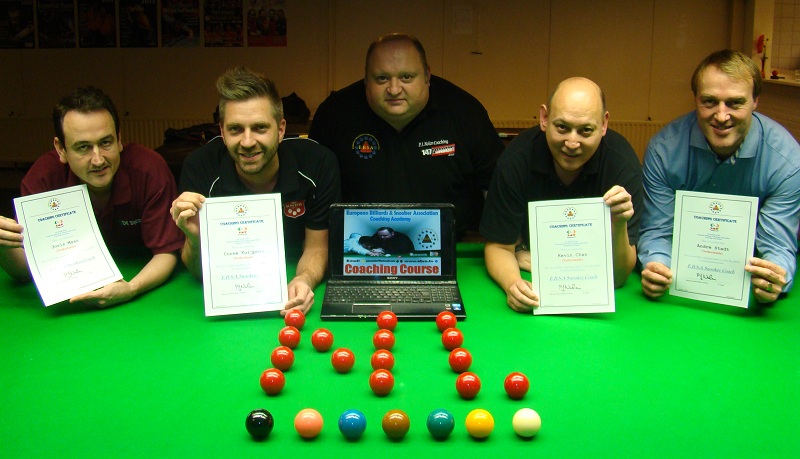 During the course Manon Melief became the first Lady EBSA Qualified Coach and this is great for the ladies game to have such a good coach teaching the skills. Manon will join the other sevencoaches in their probation period where they will complete all the necessary assignments in the Netherlands to graduate in becoming a fully accredited EBSA Coach. 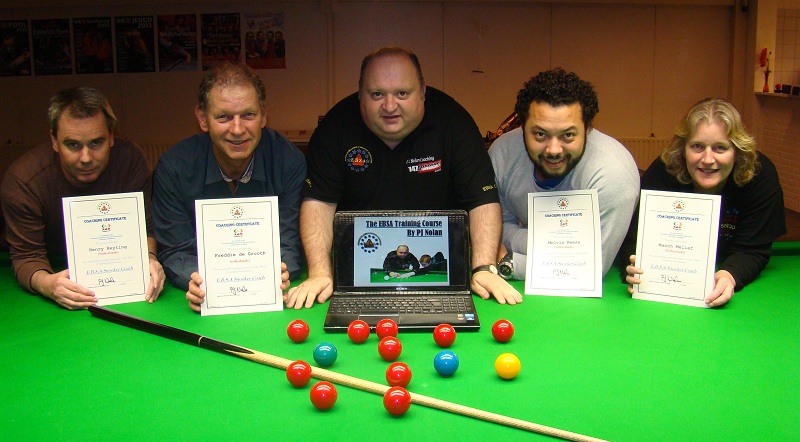 The EBSA will soon have a team of twenty five Snooker coaches with full EBSA accreditation promoting the game all across Europe.

PJ said ” he was very impressed with the Dutch coaches during the course. The Netherlands have the potential to be one of the top Countries in Europe with a string of top players over the years and he feels the new KNBB Coaching and Training structure will help to motivate the players to receive training from the new team of Coaches.

The eight KNBB coaches have already some coaching experience but becoming qualified EBSA Coaches will help them develop the game more in the future. It was a great pleasure training the coaches and I wish the KNBB Association the best of luck with their coaching program” 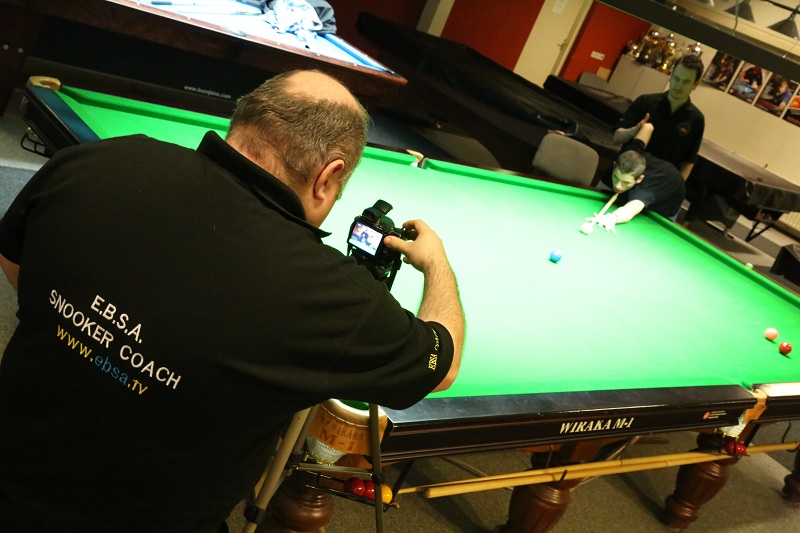 If you would like to become a EBSA Coach you need to contact your own National Governing Body in writing and request them to officially contact Maxime Cassis in the EBSA nominating you to do the course.