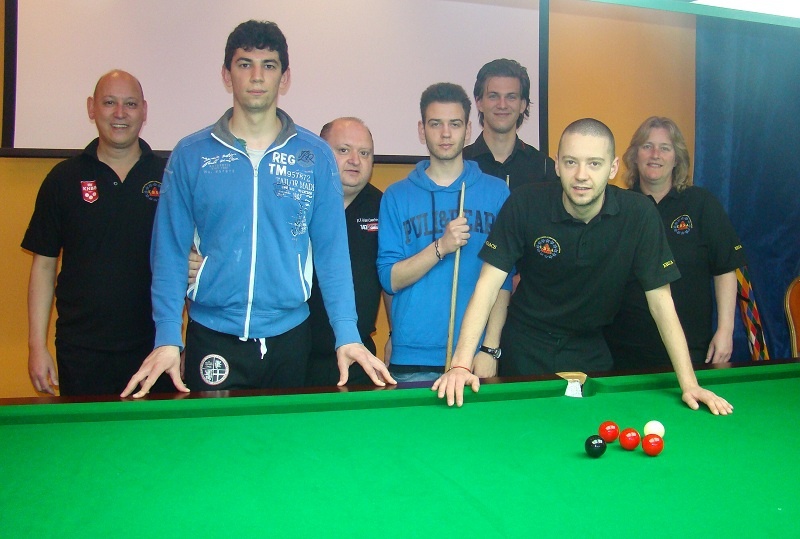 Day six of the EBSA Coaching Zone with the team of EBSA Coaches was held this morning in the Caro Hotel here in Romania involved players from Croatia. This morning EBSA Coaches Kevin Chan, Manon Melief from Netherlands, Bratislav Krastev from Bulgaria and Head Coach PJ Nolan trained Filip Bermanec, Roberto Bartol and Davor Bobek from Croatia who are playing in the EBSA Championship this week.

Each morning from 8.45am-9.30am during the 2014 EBSA Team Snooker Championships in Romania, EBSA Coaches will conduct free sessions for all the players to learn the skills of the game. The Cue Zones have been organised by The European Billiards & Snooker Association to highlight the EBSA Coaching Academy. 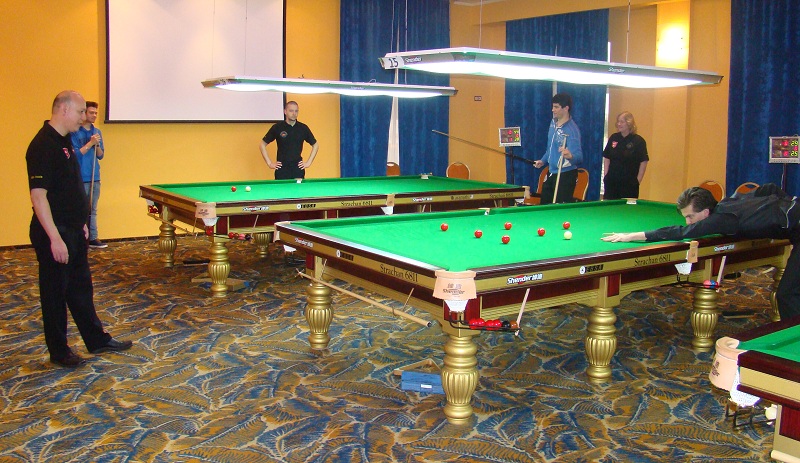 This morning the team worked with the players on improving their technique in developing good fundamentals. They also practiced some training routines to improve their cue ball control, long potting and safety game.