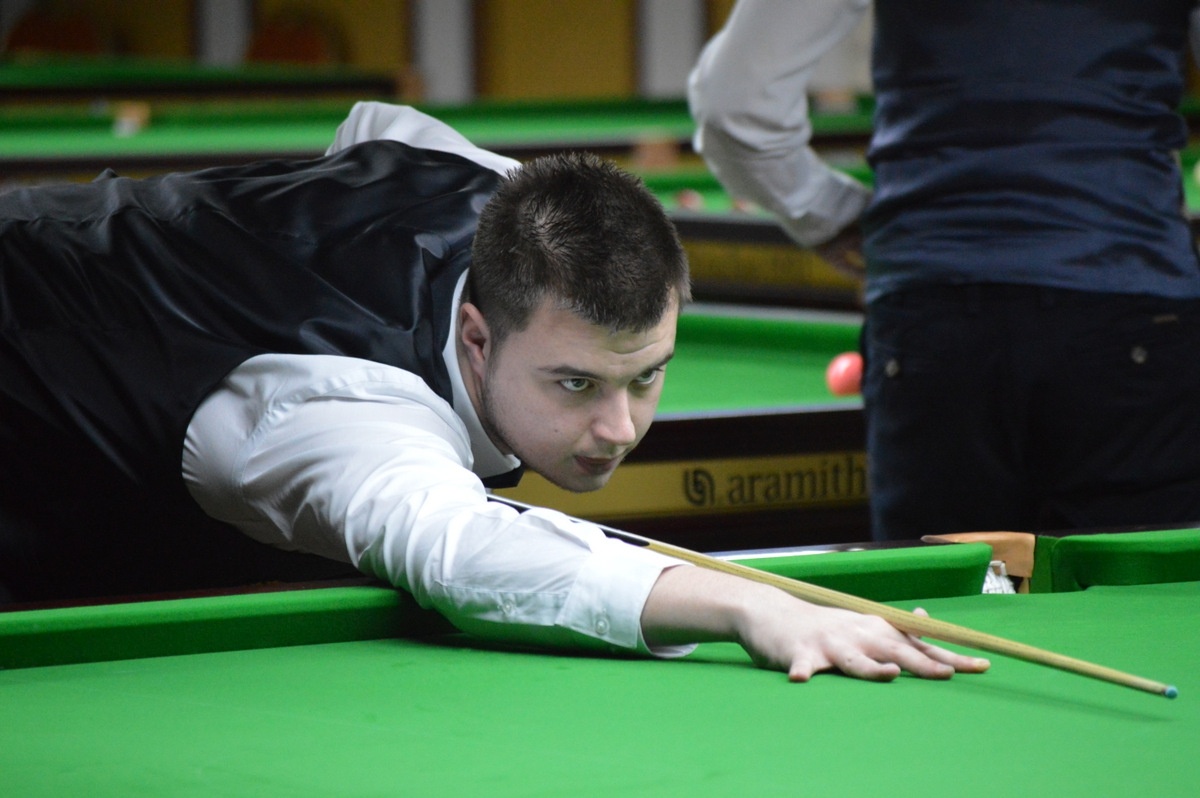 England’s Nick Jennings and Callum Downing (Pictured) compiled a 100 break in the Scotch Doubles match during their 5-0 victory over Belarus this morning.

It’s the first ton we have had in the event so even more remarkable it came in the new doubles format where players take alternative shots which requires great teamwork.

Poland 1 were also in great form this morning with Krzysztof Wróbel knocking in a superb 94 in his first frame as they went on to take all five points off their Romanian opponents.

They now have 9 points after two games with Israel 2 now leading that group with 10 from their opening two matches. The team of Roey Fernandez and Shay Arama beat Belarus 2 5-0 this morning also.

There was also a 5-0 victory for Scotland’s David Paterson and Lee Mein as they saw off Romania 9 with ease.