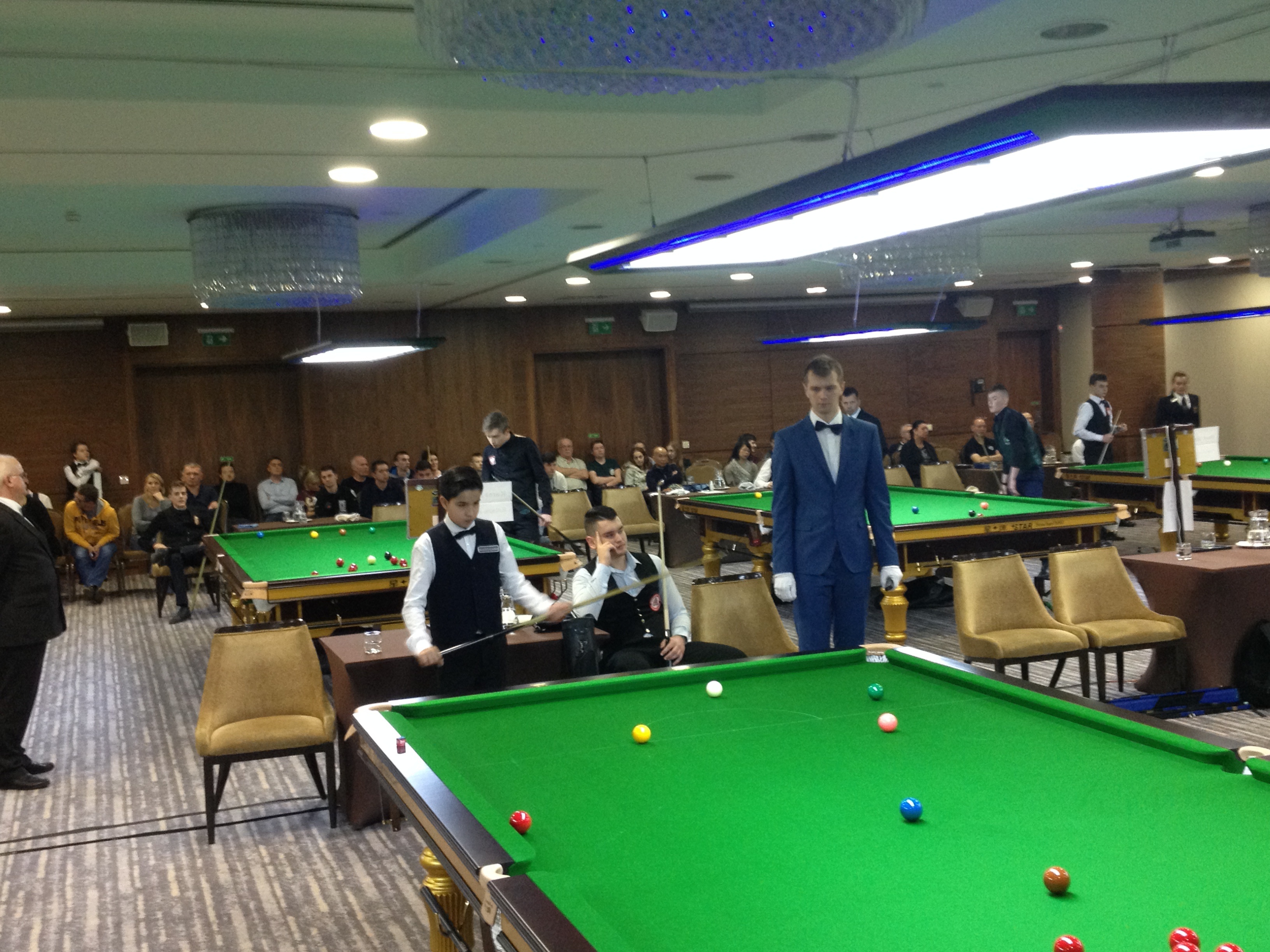 The U18 European Snooker Championships started this Monday morning at the Haston City Hotel, in Wroclaw, with some giants half of our size showing already what they are able too.

That was the case of Portuguese hope Tiago Teixeira, celebrating today his 14th birthday: if he was beaten by Elkent Caçi (Albânia) by 3 frames to 1, his first frame won is, at his age, like climbing the Everest.

«A dream come true. I came here to learn, and so I am. The atmosphere it’s outstanding, lots of good players», told us this future champion, who played in front of a crowded room: no seats available in both venues (10 tables in the main one, eight tables in the second one), with free entrance.

Everyone’s invited to drop by and learn a little more about this gentlemen’s sport, take some advises and tips, or just learn from watching: it’s part of the process, yes.

After she U18 started round-robin matches in the morning, after lunch it’s U21 European Snooker Championships start, with the first four sessions of matches. Always in front of two crowded rooms: the love for snooker is spread worldwide, and the Old Continent shows his potential future assets in the super Star tables that EBSA and the Chinese brand provided for the event.