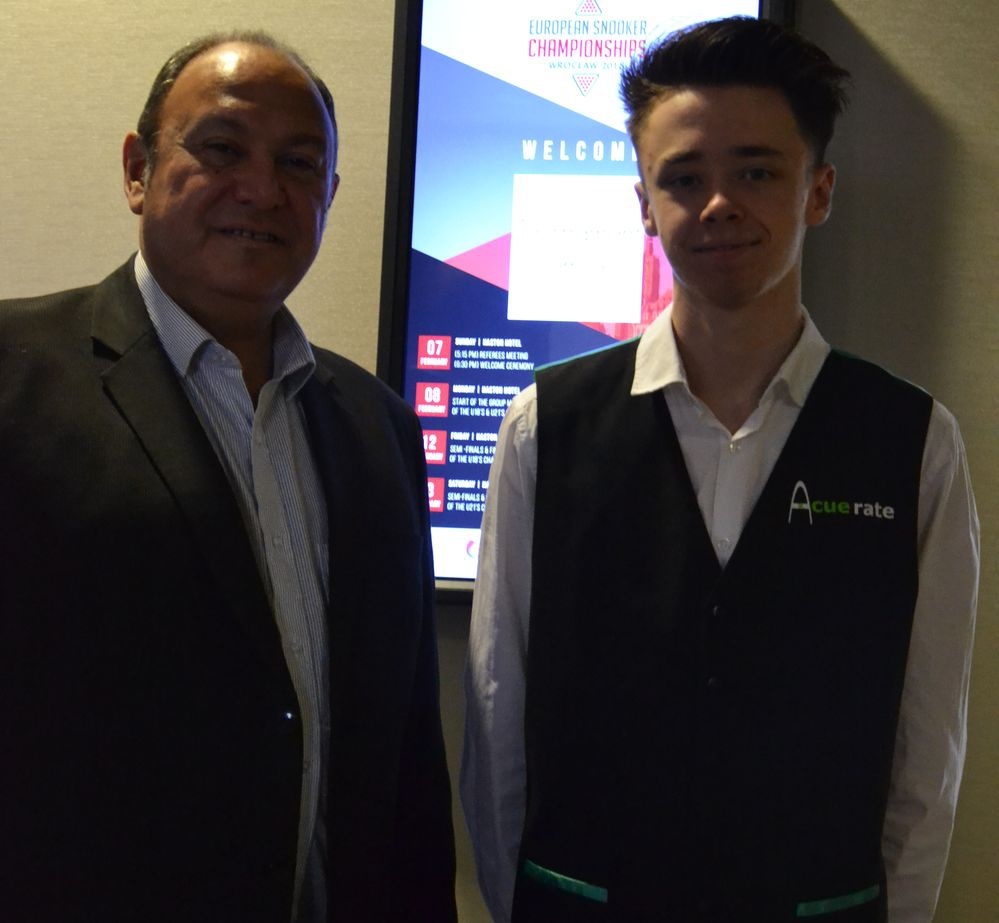 Three players in the 2016 EBSA U18 and U21 European Snooker Championships quarterfinals illustrates the development and quality of the sport in France.

‘Les bleus’ came to Wroclaw with green silk on their waistcoats and impressed everyone in the junior events.

Neil Vincent is coached by Yannick Poulain and is already battling in the Men’s event. «Feels good but it can be better», told us the 15 years old player who came from Lille.

17 years old Brian Ochoiski plays alongside his father Stephane in the Men’s event. The Saint-Avold boy is a Judd Trump fan and loves snooker.

Brian was beaten in quarterfinals by the new U18 European champion Tyler Rees and showed skills that suggest he may became even a better than his father Stephane, a 44 years old player who has already reached two quarterfinals in previous European Championships playing doubles and another one in Masters category (over 40 years).

Last but not least, 20 years old Yannick Tarillon also reached the quarterfinal stage leaving Europe astonished by the improvement of the French players.

«He’s like my third son. I know him since he was born. He is a natural and gifted with much talent perhaps like no one. When he was 9 years coach Chris Henry told me that not even Ronnie O’Sullivan had such potential at his age», said Stephane who is also his coach at Saint-Avold’s Century Club.

The stakes have raised for Men’s event in Wroclaw with this strong French squad of five players: Stephane Ochoiski, his on Brian, Nicolas Riviere, David Gauthier and Neil Vincent aiming for the title. Keep an eye on them.