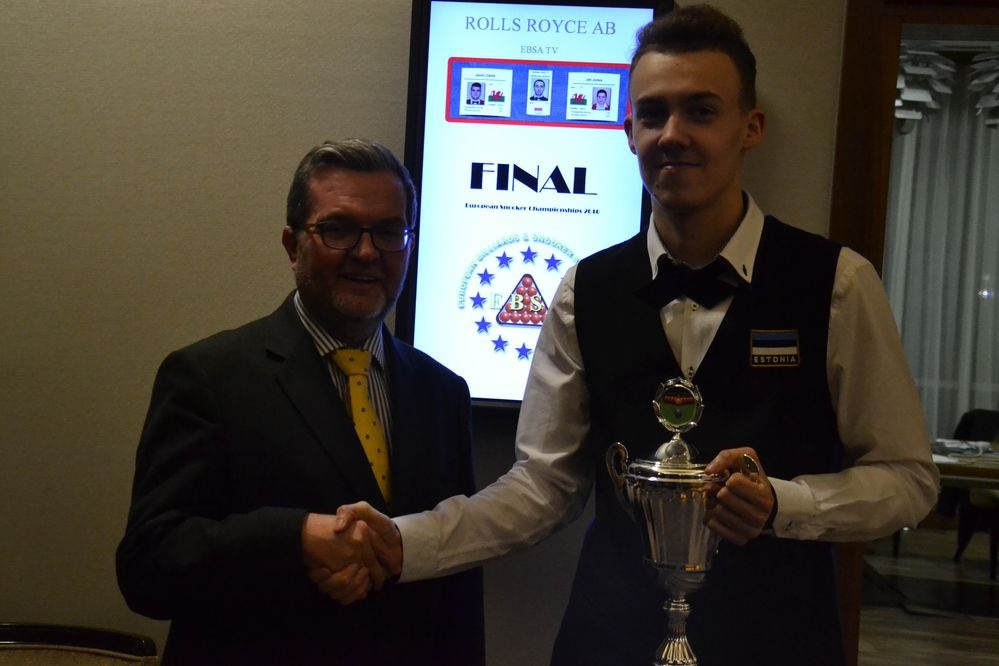 The 19 years player lost his second straight semi-final in a row after 2015 Prague EBSA Mend European Snooker Championships will return Sunday morning with his parents in a two days car trip back to Tallin with his father Boris driving and mother Alia aside as usual.

At the Haston City Hotel magnificent venue of the Grand Final rhe fans and players support the Dragons from Wales besides all the hours of a marathon battle for the ticket to play in main tour the next two seasons and to lift next European Champion’s cup and succeed Englishman Michael Wild as king of the continent.

Jak Jones leads at this time by 5 frames to 4 facing is fellow countryman Jamie Clarke. They have been playing best of 13 for seven hours but not a single fan leaves the stands.