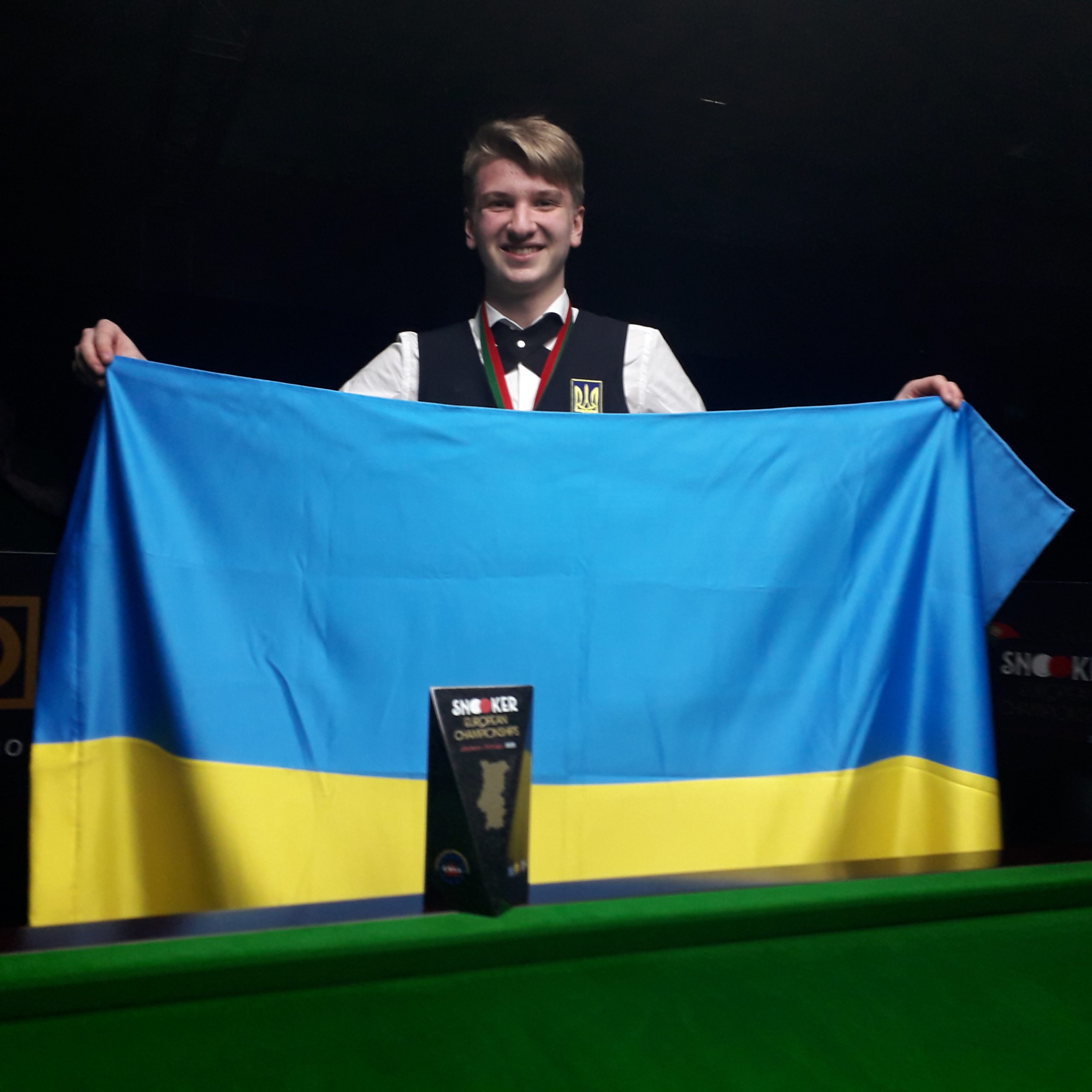 In this afternoon’s final the Ukranian, aged only 14, defeated the experienced former professional and multiple EBSA champion Welshman, aged 53, by 5-3 in the decisive match that worth him the place to play the next 6 Reds World Championships in Thailand.

After 18 years old Irishman Aaron Hill claimed the U18 and U21 titles in the EBSA European Snooker Championships taking place in Albufeira, last January’s WSF Open runner-up Boiko is the second player to get a crown on Portuguese soil and he will represent Europe in Thailands 6 Reds World Championships.

With 3 tournaments over European Snooker Championships come now to the Men/Mixed competition. The official opening Ceremony for the Men/Mixed Event will start at 8 p.m. this Monday at Salgados Palace Hotel and the round-robin stage matches will be played on Tuesday.

The knock-out stage matches of Men/Mixed Event will be played on Wednesday – Last 32 with the first two placed in each one of the 60 competitors in 15 groups, Last 16 rounds and quarterfinals – and the semis and Final will be played on Thursday.