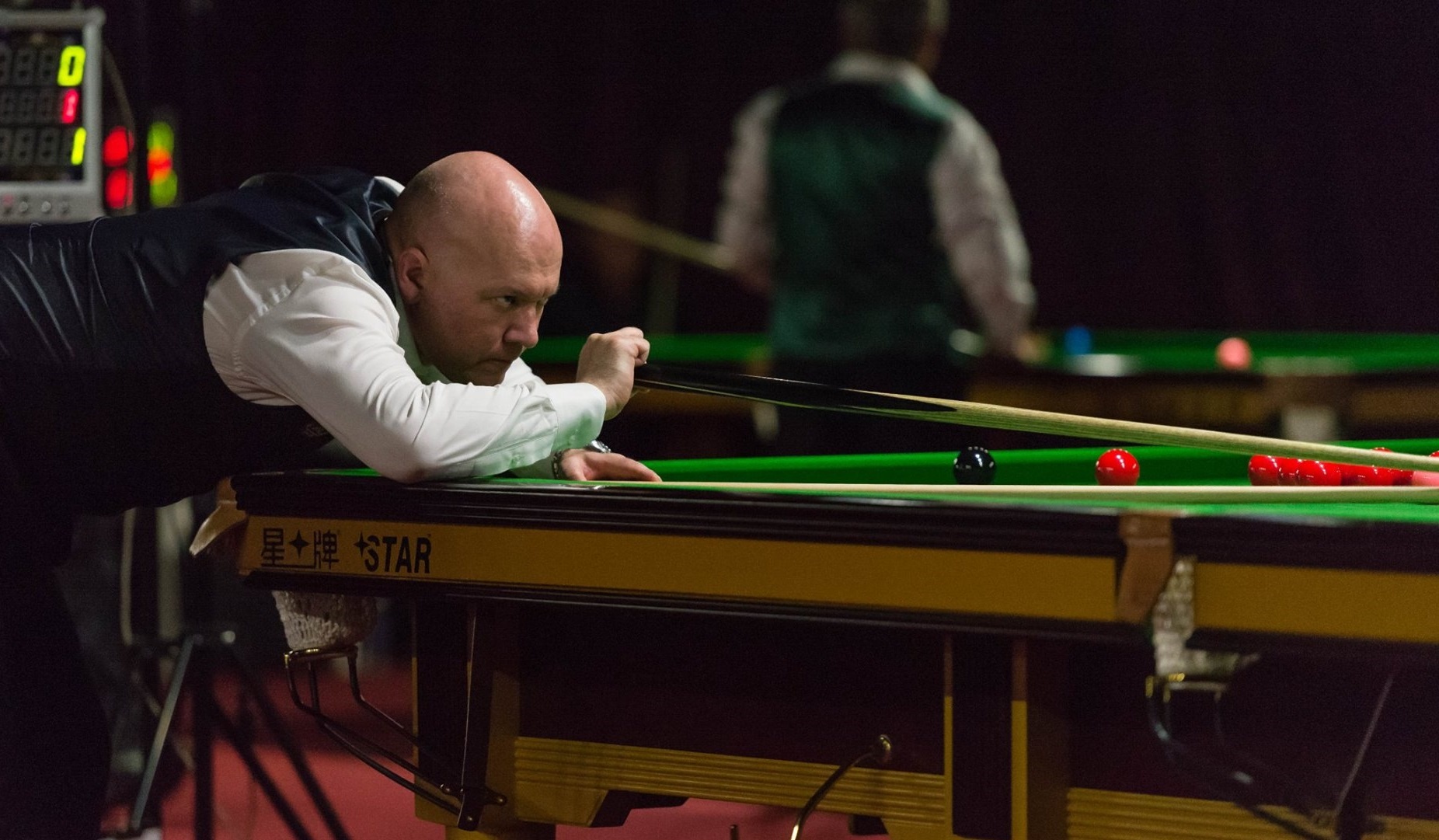 The midday session is underway as both Masters’ and Ladies’ individual heats reach the last 16. With but a few matches remaining, the eighth-finals have been all but decided.

Amongst the Ladies, Dehaene of Belgium beat Russia’s Ustinova to set up a clash with her compatriot Jans, Poland’s Alska made it through beating Belarus’ Asmolova, both 3-1. The rest of the already finished matches ended in whitewashes as Belarus’ Shut, Ireland’s Judge and Netherlands’ Melief beat their opponents 3-0. Only Russia’s Gorbataya and France’s Pedat remain embroiled in their protracted duel to see who will be meeting Latvia’s Prysazhnuka in the next stage.

The Masters individual was dominated by the gentlemen of the Western isles, as a guaranteed ten of them reached the last 16, including Brown, Sargeant, Owens, Wilkes, Donegan, Morgan, Power, Sarsfield, Torpey, Thomas and McAllister. The UK-Irish competitors were joined by Kyriacou of Cyprus, Peplow, the last remaining representative of Malta, and Kampe of Denmark. Two slots are yet to be decided as England’s Bodle is squaring off against Murat of Poland, while Scotsman Ellis is being tested by England’s Dent.