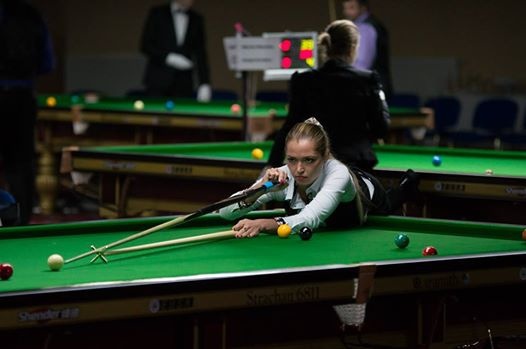 Russia and Germany impress in the Ladies 2015 European Snooker Championships, with three players from each one of both countries – Daria Sirotina, Irina Gorbataya (pictured) and Anastasia Nechaeva from Russia, Diana Stateczny, Diana Schuler and Jennifer Zehentner from Germany  – still in first knock-out stage of the competition, Last 16 round.

Power from these two nations to test the big favorite in women’s event, Wendy Jans (Belgium). The Last 16 round matches will still be played best of five frames, like in group phase, next Thursday (June 11th), starting at 11 hours, in Prague’s Top Hotel.

From the draw of Last 16 round, that took place this Tuesday night, came the grid of the following matches: