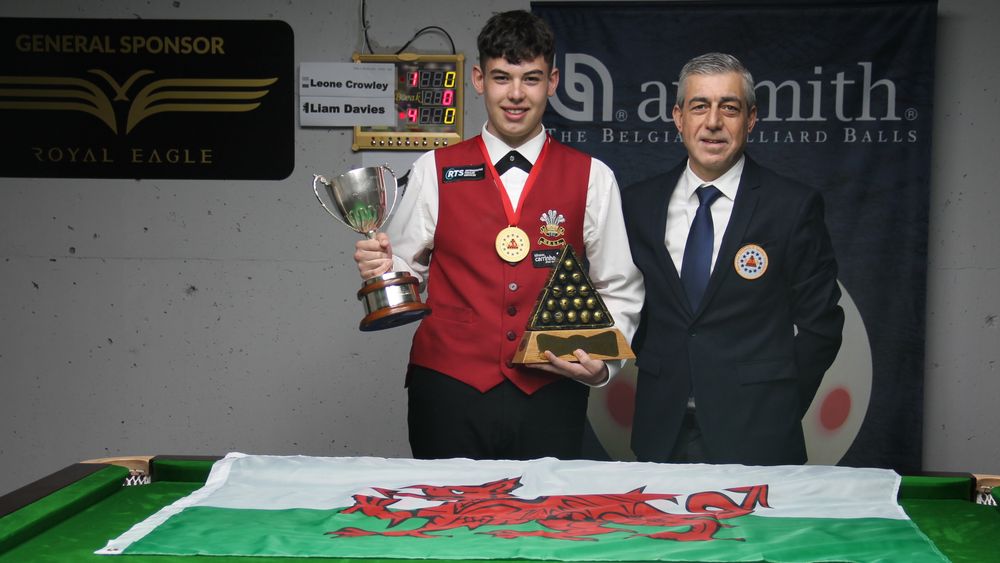 Welshman Liam Davies is the 2022 EBSA European Snooker Champion after claiming victory at the final of the event at Shengjin’s Delfin Resort by 4 Frames to 1 facing Ireland’s Leone Crowley.

Davies succeeds Belgium’s Ben Mertens as the new European king among the U18 youngsters and will be coming for more: he’s still competing also in the U21 and U16 events right now and will also battle in Men and Men’s Teams events in the championships on the run in Albania until this June the 19th.

Liam Davies received the Dean Thomas Cup trophy from EBSA Vice-President Ricardo Salgado and underlined his victory at the round-robin stage facing the same opponent Crowley: 3-0 at the earlier stage of the competition, now underlined with a 4-1 win at the final! He earn The Dean Thomas Trophy.

The final was presented by Competition Manager João Leão and refereed by Bulgarian Hristo Ivanov assisted by Bosnia-Herzegovina’s Almedin Hodzic.