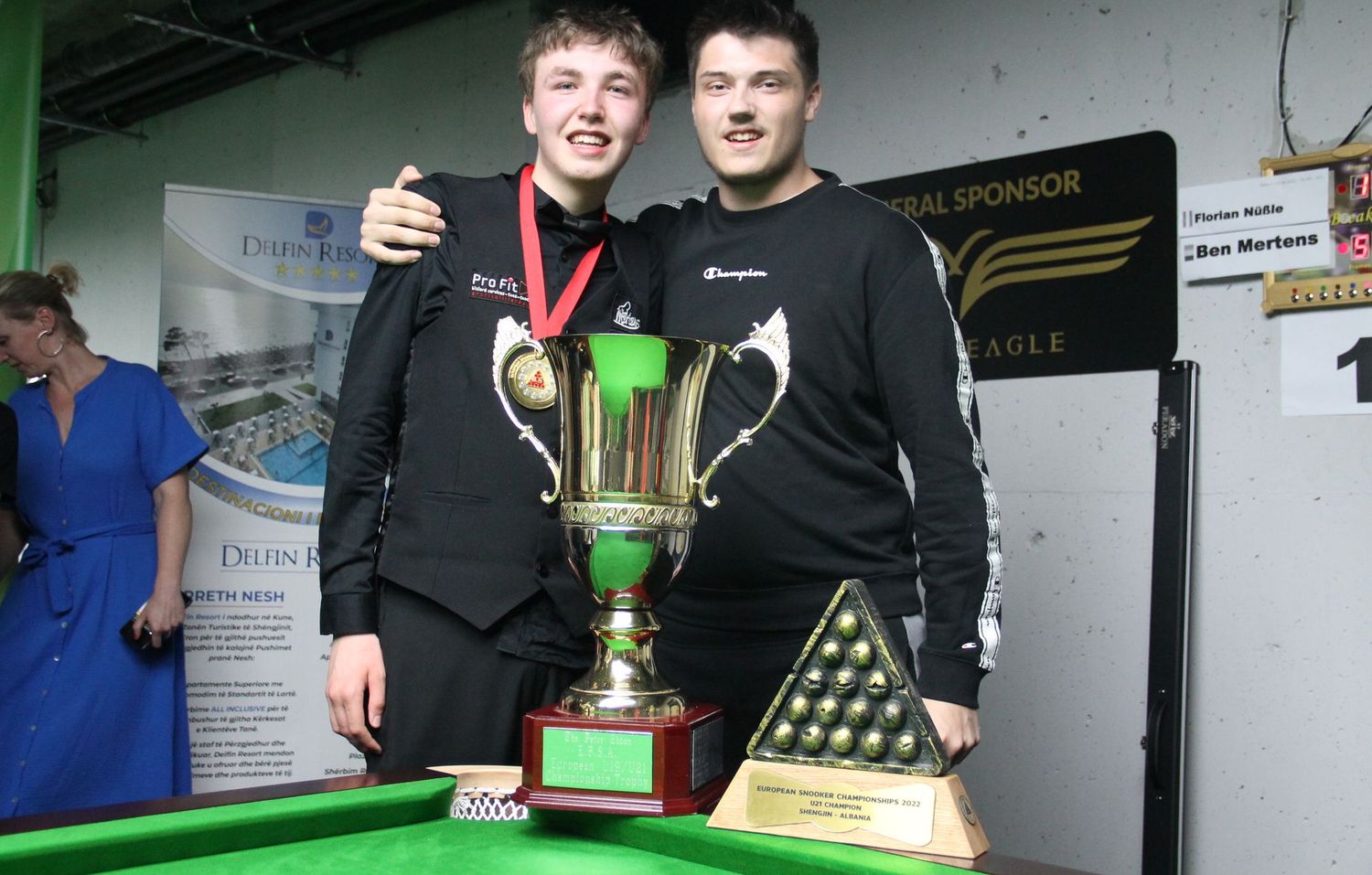 Aged 17, the U21 european snooker champion and Men’s runner-up at the 2022 EBSA European Snooker Championships that will end this Sunday June 18th in Albania is this year’s event’ Marathon Man’, with a record of 30 matches and 133 frames played since June 7th out of 4 of the 9 events at Shengjin’s Delfin Resort.

Ben overcome his good friend and fellow countryman’s Julien Leclercq [pictured together with Mertens on topo] record at the 2021 EBSA edition of the Championships in Albufeira (Portugal), where Leclercq was runner-up of the U18 and U21 events and European champion in Men’s Teams playing aside Kevin Hanssens.

The previous year, Julien played the same 30 matches as Ben… but 130 frames – less three than now Mertens did in Albania.

The aged 11 Ukraine’s Matvei Lagodzinschii also deserves total credit: he has played 19 matches and 53 frames in Albania at 5 events (U16 uncluded), while the U18 european Champion, Welshman Liam Davies, aged 15, gets silver in endurance: 73 frames and 21 matches played also in the same 5 events than Matvei (U16, U18, U21, Men and Men’s Teams).

Still, 149 matches less than with also nine events at Albufeira’s EBSA 2021 European Championships: 996 were played in Portugal, but without U16 competition… and with a Six Reds event instead.