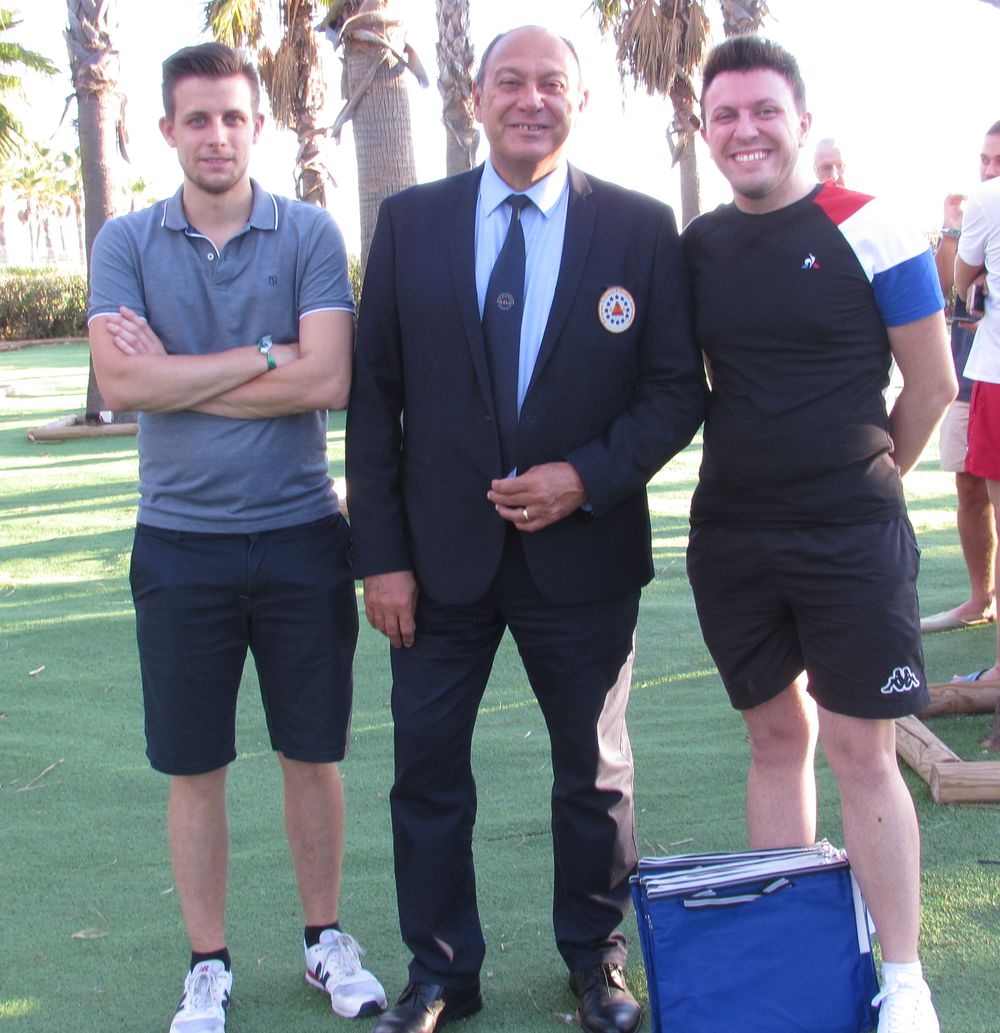 One hundred and twenty players will battle for the European Crown in the Men/Mixed Event at 2021 EBSA European Snooker Championships that are being played in Albufeira and they had a warm welcome to the competition this Thursday afternoon in a meeting by the pool at the Vidamar Resort Hotel Algarve.

A relaxing atmosphere for the 120, who will be playing from Friday 10. a. m. the best of 5 frames round-robin stage in 30 groups of four players in each one.

Only the top two on each group final standings will qualify for the knockout stages in the main competition at Salgados.

Maxime Cassis remembered all players of the honor and proud of representing their own countries. «You are ambassadors of our marvellous sport», told EBSA President and Tournament Director to the newcomers, with his Assistant and Federação Portuguesa de Bilhar’s Presidente, Ricardo Salgado, also welcoming the candidates to the competition.

Competition Manager Peter Thomas also explained everything to the delegations of the 43 countries represented at Albufeira’s event.

They all got a souvenir from the Organising Committee and a marvellous sunset by the pool, that inspired players from Belgium, Sweden, Austria, France and Wales to stay a bit longer. Even the ‘young man of the hour’, Welshman Dylan Emery, the new U21 European Snooker Champion, celebrated his achievement with his fellow countryman and multiple categories European Champion Darren Morgan.