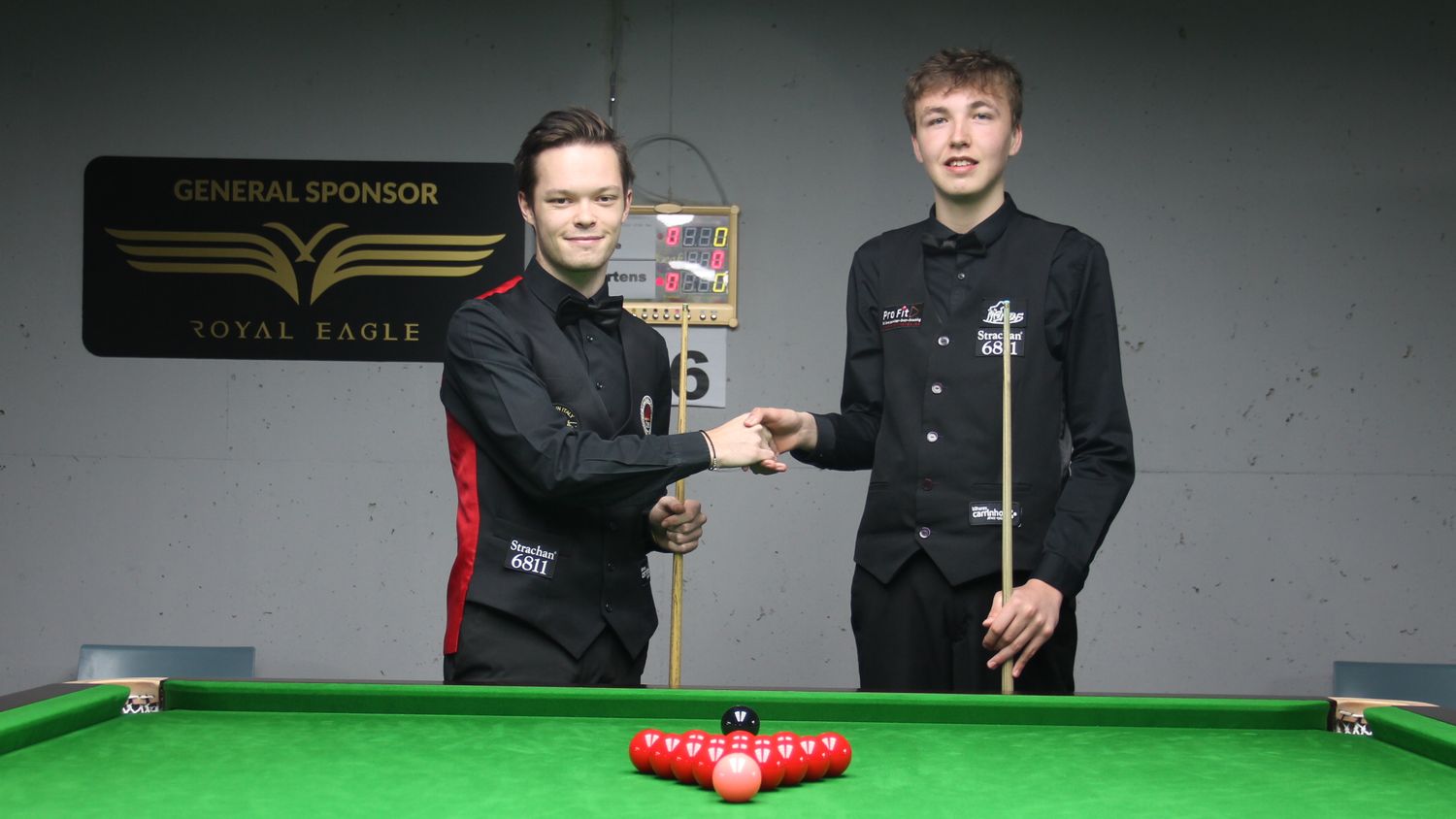 Belgium’s Ben Mertens, U21 european champion already in Albania this year, faces again his opponent from that competition’s final, Austrian star Florian Nüssle, just five days after his win by 5 Frames to 1 at the U21 event final.

The semifinal’s referee is Poland’s Kazimierz Olejniczak and fellow countrywoman Anna Hodun is the marker of the clash.

On the other semifinal, Germany’s Umut Dikme faces Estonian Andres Petrov. The referee is Poland’s Maciej Grzegorz Lesiak is the referee and his fellow countryman Kamil Szubarczyk the marker at the Dikme-Petrov clash.

The best of 9 Frames Men’s event final to find who will suceed England’s Oliver Brown will start at 4 p.m. this Friday June 17th as well.

The round-robin matches of the three Team’s events – Men, Women and Seniors – are also on the run all this Friday June 17th at the remaining 17 tables at Shengjin’s Delfin Resort simultaneously for the fans to attend for free.