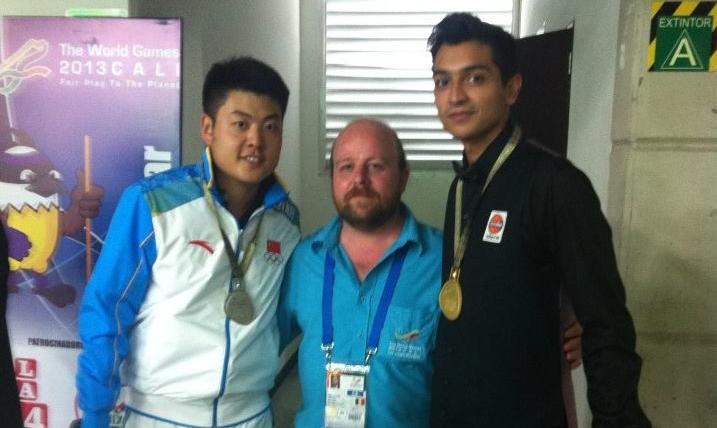 India’s Aditya Metha won the 2013 World Games snooker event after comfortably beating China’s Liang Wenbo in the final of the quadrennial event at Cali, Columbia. The Indian star, who won silver and bronze medals at the 2010 Asian Games, was on top form throughout the five-day tournament and easily defeated his opponent 3-0 in the final finishing off in style with a superb 117 break.

On his way to comfortably defeating world No. 35 Wenbo in the final, Mehta also beat No. 64-ranked Dechawat Poomjaeng and World No. 19 Joe Perry. European involvement in the event ended in the quarter finals when both Perry and Bond both lost out with Bond losing to Wenbo 3-0.

The only other two European players involved where Ireland’s Brendan O’Donoghue who lost out in the Last 16 to Perry 3-2 after leading the match 2-0 early on and Malta’s Alex Borg who was defeated 3-1 by Brazil’s Igor Figueiredo.

We did however have European involvement in the final as our own Nico De Vos was selected to referee the final match between Metha and Wenbo. Well done Nico!