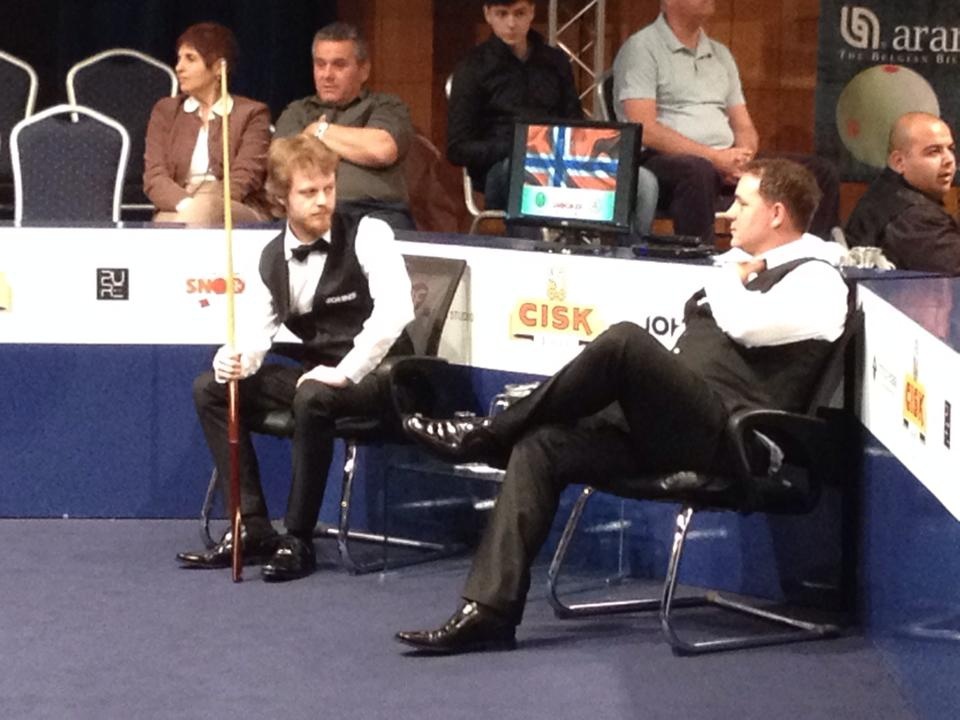 Roger André Strand and John Fjermestadaase come from Norway to represent their country in the European Snooker Team Championships. The problem, as often occurs in this tournaments, is that they arrived well, but both of their suitcases, the one with the cues and the other one with their clothes got lost in airports and are still to arrive to the Dolmen Resort Hotel in Malta.

But these two are a pair of a king. And first of all there’s the country’s honor to defend. The only solution they found was going this Friday morning to the nearest gentleman clothing shop. They bought a new outfit, from shoes to the ‘papillon’, passing through trousers, shirt and vest. «We spent 400 euros each one, but half of the problem is solved», told us Roger.

To get a cue, was much more easy and economics: they just went to the Club Nine Ball, just in front of the hotel, at St. Paul’s Bay, and ask if they could lend them one to each one just for today, for the match against the local maltese stars Tony Drago/Brian Cini. Problem solved. Goodwill fixes almost everything.