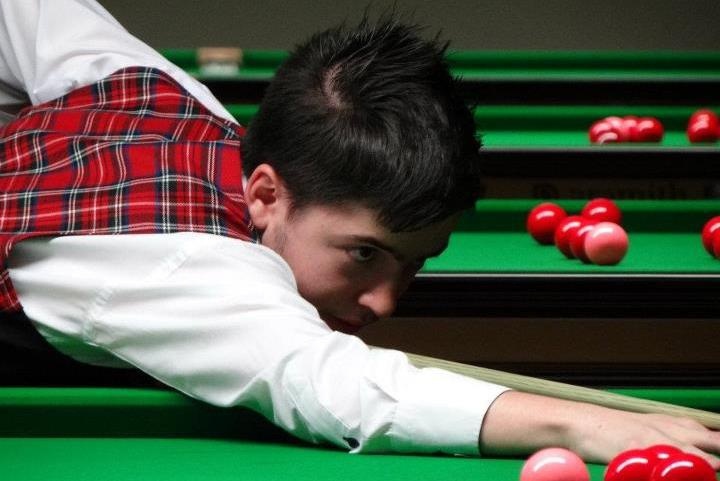 Israel’s Shachar Ruberg was on fire tonight in the closing session on day one of the championships as he rattled in breaks of 52, 100 and 75 in his 4-0 demolition of Mindaugas Maisiejus of Lithuania. The 18 year old however is in a group with Michael Collumb with the Scot also putting in a good performance beating Vitalii Kalinin 4-0 with a high break of 66 in the third frame.

The other match played tonight in Group G saw Poland’s Mateusz Baranowski have to fight all the way to see off the challenge of Rom Dietzel helped with breaks of 53 and 61 to eventually secure a 4-3 victory. 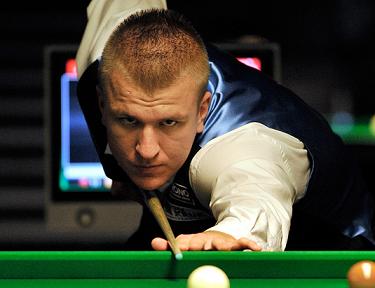 Another Israeli player Roy Fernandez got his tournament underway with a solid 4-1 win over Poland’s Karol Lelek although Poland’s Marcin Nitschke (pictured) who is also in Group J didn’t make any mistakes as he saw off Thomas Puodziunas 4-0 in comfort.

The last match in this group had ex-Irish Champion Jason Devaney up against Lukas Krenek from the Czech Republic and it was the Irishman who ran out a 4-1 winner with a high run of 54 along the way.

In Group K we had all 6 players in action tonight with local favorite Michal Zielinski running out a 4-1 victor over Siarhei Melnichonark with a 66 break his highest of the night. Daniel Kandi also recorded a 4-1 win beating Daniel Mily while in the final match Welshman Alex Taubman also ran out a 4-1 victor against Finland’s Antti Silvo.

It was also a full house in Group L this evening with all six players in action and both Kristjan Helgason and Peter Bullen wasted no time getting their first wins under their belt beating Maxime Shkundalen (Belarus) and 16 year old Arpat Pulat (Sweden) by four frames to nil.

Ex-Champion Helgason had breaks of 75 and 79 while Bullen also had a 70 break as the two recorded the comfortable wins.

It was far from comfortable for ex-pro and Under-21 Champion Kacper Filipiak as he went all the way with Sergiy Isayenko (Ukraine). Things were going to plan for the experienced youngster as he took the first two frames knocking in a 68 break in the 2nd frame, however Sergiy was not giving up and fought his way back to 2-2 to level at the interval.

The young pole then took the next but was again clawed back to 3-3 by Sergiy to force the decider. Experience shone through however as the youngster took the frame by 72-46 to get over  the line and put points on the board in what will be a very tough group. 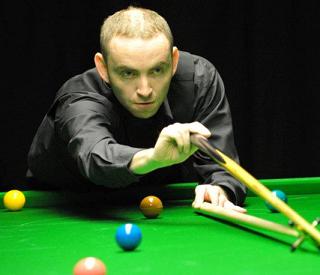 Next up is Group H which should be another tight run affair with Sutton, Stefanow and Poullos all recording thier first wins tonight. Irishman Sutton (pictured) kicked off his challenge with a 4-0 win over Kenneth Pedersen from Denmark with breaks of 51 and 54 helping him on his way and Sefanow also keeping a clean sheet beating Spain’s Francisco Rodriguez 4-0 also.

Poulous (Cyprus) did drop a frame to Mats Eriksson (Sweden) but still will be happy with his first win in what will be a hard fought group.

All in all a superb days play here in Zeilona Gora and hopefully we will see more of the same as the players warm up into the tournament as the group games continue until Sunday night with the knockouts starting on Monday.