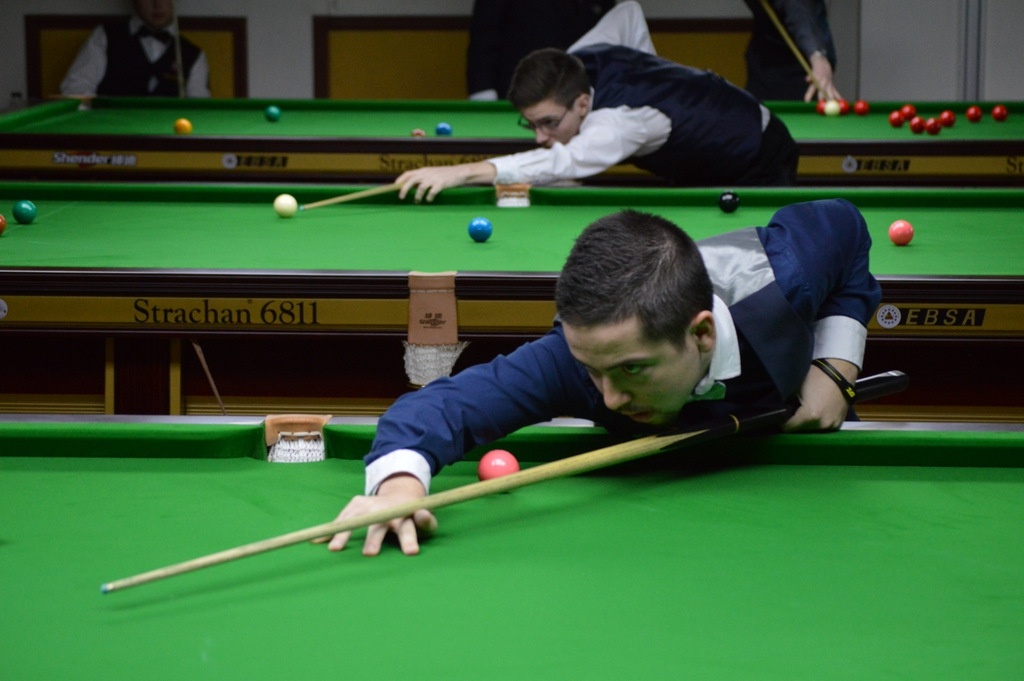 Shachar Ruberg battled back from 2-0 down to defeat Welsh player Sam Thomas 3-2 on the black in the top spot decider in Group E just now.

The Israeli player cleared from the brown in the final frame to take the No.1 spot ahead of Thomas in 2nd, Saku Veikkanen in 3rd and Tomas Kubicek in 4th.

In Group L Ireland’s Daniel Dempsey won 3-0 this morning to keep him in contention for the top spot and will now face Poland’s Kacper Filipiak in the next session as they both battle for the No.1 spot. 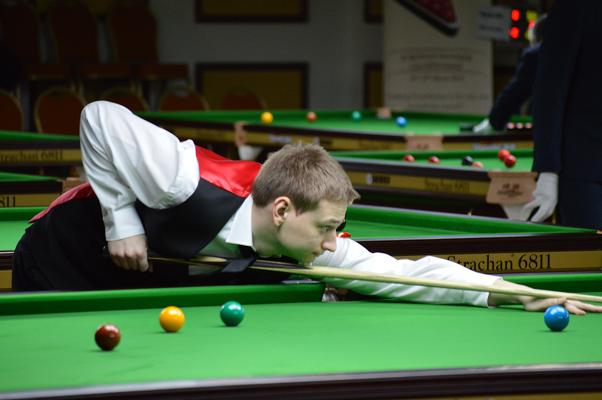 Austria’s Andreas Ploner was also in fine form this morning opening up his match today with a great 95 break and went on to beat Bulgaria’s Teodor Chomovski 3-1.

The result now sets Ploner and Mateusz Baranowski up against each other in their last match today to see who finishes No.1 in Group M. With all other four players in this group all on one win each it should be an interesting finish to this group this evening.

Clayton Humphries defeated Scotland’s Lee Mein and now looks certain to finish No.1 in the group should he see off Nicolay Krivda in his last match while Mein and Patryk Masłowski will battle it out for the No.2 spot when they meet later.

Welshman Tom Rees also saw off Vladu Mihai this morning to remain undefeated in Group P and will now face off against Dylan Craig for the No.1 spot later today.