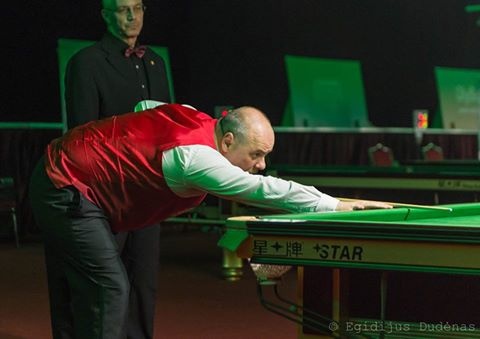 The last session of the afternoon saw the first quarterfinals of the tournament amongst the Masters’ teams. None of the continental Europe teams made it through as Wales, England, Ireland and Scotland secured their spots at the semis.

The first quarterfinal saw European Open champion Darren Morgan blitz through his Swiss opponents in tandem with Ian Sargeant 4-0, rattling in breaks of 56 and 68 in the process. The second quarter was a much closer affair, with the Belgians and the Brits trading frames until the decider sealed the deal for the Englishmen. The two teams will now meet up in the upper semifinal of the bracket.

At the bottom of the bracket, the all-Irish affair was easily won by Power & Donegan, 4-1, while the lower seeded Scots MacGillivray & McAllister nicked the victory 4-3, setting up a Scotland vs Ireland match.