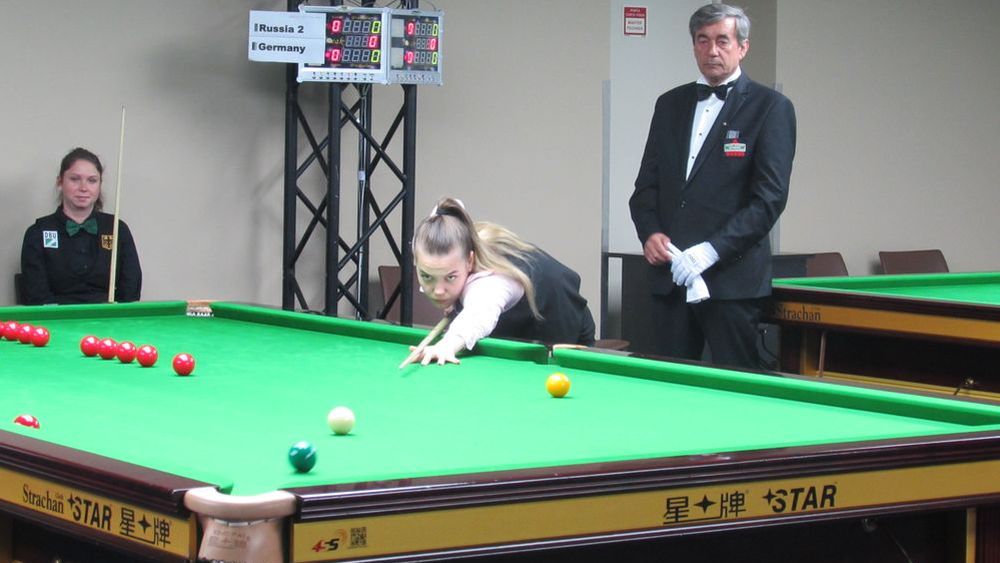 The quarterfinals of the 3 2021 EBSA European Snooker Championships Teams Events (Men, Seniors and Women) are being played this Saturday afternoon at Albufeira’s VidaMar Hotel Resort Algarve.

The winners of this next round of the knockout stage will play the semis on Sunday morning at 10 a.m. on the 3 last of 9 events to be completed since October 2nd in Salgados.

The referees for the 3 events are already picked up: Bosnian Almedin Hodzic will be at Men’s Teams event, assisted by Serbian Vladan Ciric.

Bulgarian Tsvetilina Minkova and her fellow countryman Hristo Ivanov are the referees designated for the Women Teams final, also to be played at VidaMar Resort Hotel Algarve on Sunday, starting at 2 p.m.

In Men Teams event still seven nations dream about getting the crown: France, Latvia, Poland, Russia, Belgium, Malta and two teams from Wales – they are facing each other in quarterfinalis, which mean Welshman will be in the semis, just needing to know if it will be Elfed Evans/Darren Morgan or Dylan Emery/Ben Fortey.

In Women Teams event, England and Russia got to Last 8 with two pairs each, but Poland, Belgium, Germany and Sweden are still aiming. In Seniors Teams event also England and Ireland manage to get two pairs in ‘quarters’, but Northern Ireland, Malta, Iceland and Scotland are still on the run to lift the trophy.