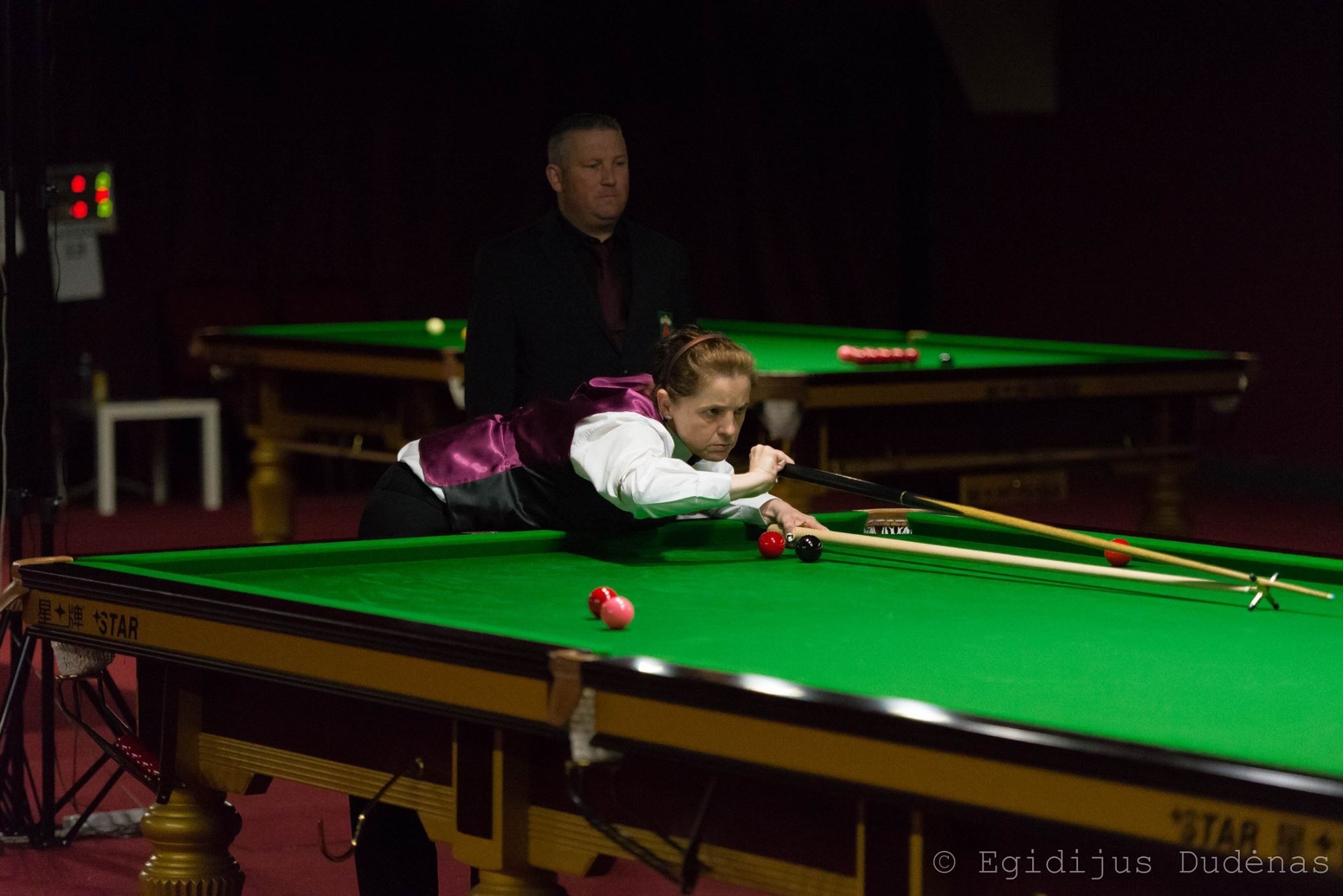 Both the Ladies’ and the Masters’ brackets have reached the semi-final stage.

No players from continental Europe made it through to the final four of the individual Masters’ heat. In the quarters, Englishman Jamie Bodle defeated fellow countryman Wayne Brown 4-2, scoring 40, 72 and 65 in the process. Darren Morgan of Wales continued his reign over the tournament as he beat his fellow Brit Shaun Wilkes 4-1, pouring in breaks of 43 and 41. The two heavyweights will meet in the upper side of the bracket.

In the bottom half, Malta’s Jason Peplow outshined his English opponent, Simon Dent, 4-1, bolstered by breaks of 68, 48 and 44. He will meet Irishman Brendan Thomas, who earlier beat Scotsman Lee McAllister by the same scoreline.

In the Ladies’ playoffs, two Russian players made it through to the semis. Daria Sirotina asserted her dominance by quickly dispatching of Belarus’ Nastya Toumilovitch. At the other half, Anastasija Nechaeva had a much tougher task at hand, as she inched over the Latvian first seed Anna Prysazhnuka 3-2. After scoring 32 and 45 in the first two frames, she let her foot off the pedal and allowed Prysazhnuka to battle back and even it out 2-2. The last frame went down to the wire, and, much to the Latvian’s chagrin, went the way of the Russian opponent. However, the road ahead is still long, as Nechaeva is due to face multiple-time winner, Belgian Wendy Jans, who persevered in a tough battle against Latvia’s Tatyana Vasiljeva 3-2, and showed great form by piling breaks of 31, 34, 48 and 30.

The last quarterfinal saw Diana Stateczny square off against Ireland’s Michelle Sherwin. Despite considerable effort in piling breaks of 47 and 30, Stateczny was forced to concede to her Irish opponent, as she moved on to the semis winning 3-2.

The victors will reconvene tomorrow at the Compensa arena in Vilnius to settle once and for all who will be the taking the title of the 2016 European Snooker Champions.