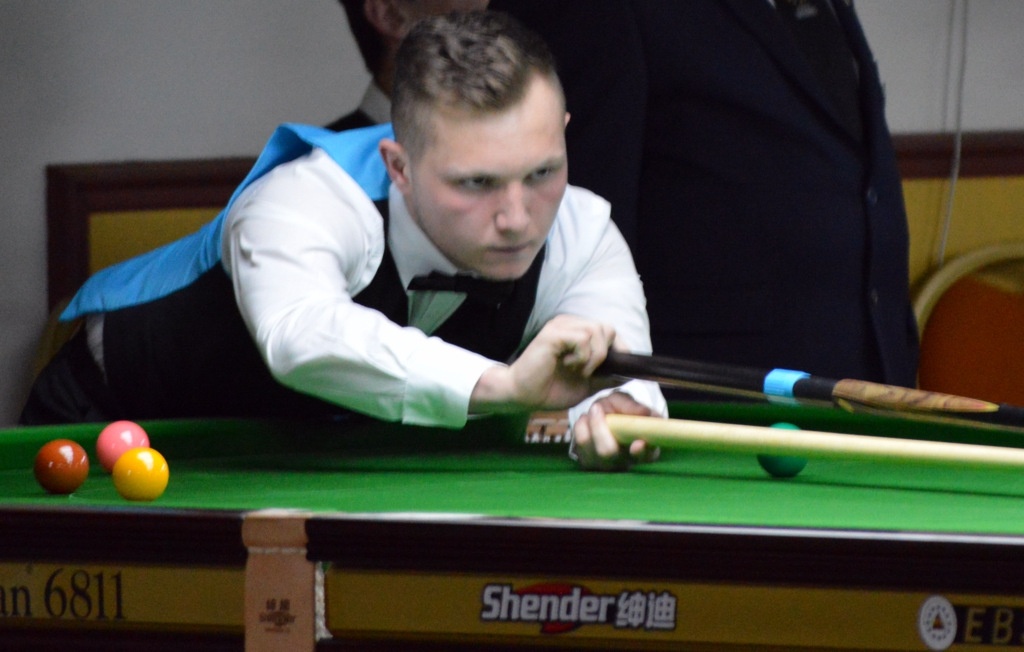 Rees was brought all the way by Topham who fought back from 3-0 behind to draw the scores level. Rees held on for the win however winning the final frame on the black 46-45. Rees will now face Simon Lichtenberg from Germany who beat Tudor Popescu 4-1. 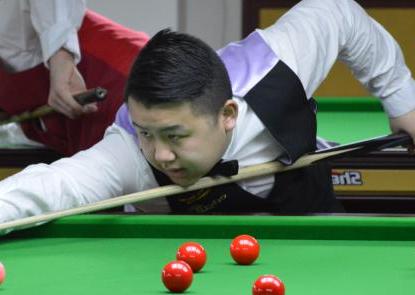 Sanderson Lam also won a final frame decider after he came back from 3-2 down to take the match which included a superb 124 break in the 4th frame. Sanderson will now face Jamie Clarke later on today with Clarke obviously the fresher of the two as he wrapped up his match in less than an hour this morning.

Daniel Dempsey’s match with Chris Peplow also went to the wire with the Irishman taking the final frame 77-38 and he will now face Ashley Carty who saw off the challenge of Niel Vincent 4-1.

We will also have an all Israeli match with Shachar Ruberg and Maor Shalom both winning this morning with relative ease. Romania’s Andrei Orzan caused the biggest upset however beating Lee Mein much to the delight of the home supporters. Orzan won the match 4-3 and he will now face Lukas Kleckers who won his match 4-0 with several 50+ breaks.

No.1 seed Darry Hill didn’t have everything his own way this morning with Sweden’s Belan Sharif coming back from 2-0 down to draw level before Darryl closed out the match. Darry will now face Jeff Jacobs from Belgium who beat Simon Lindblom 4-2.

The remaining two matches in the line up include both the Austrian’s who both had good wins this morning. Andreas Ploner saw off Spasian Spasov 4-1 while Dominik Scherübl beat Stephen Bateman 4-0. Ploner will now face Josh Boileau who defeated Sybren Sokolowski 4-0 and Scherübl will face Olli-Pekka Virho who beat Vilius Schulte 4-1.