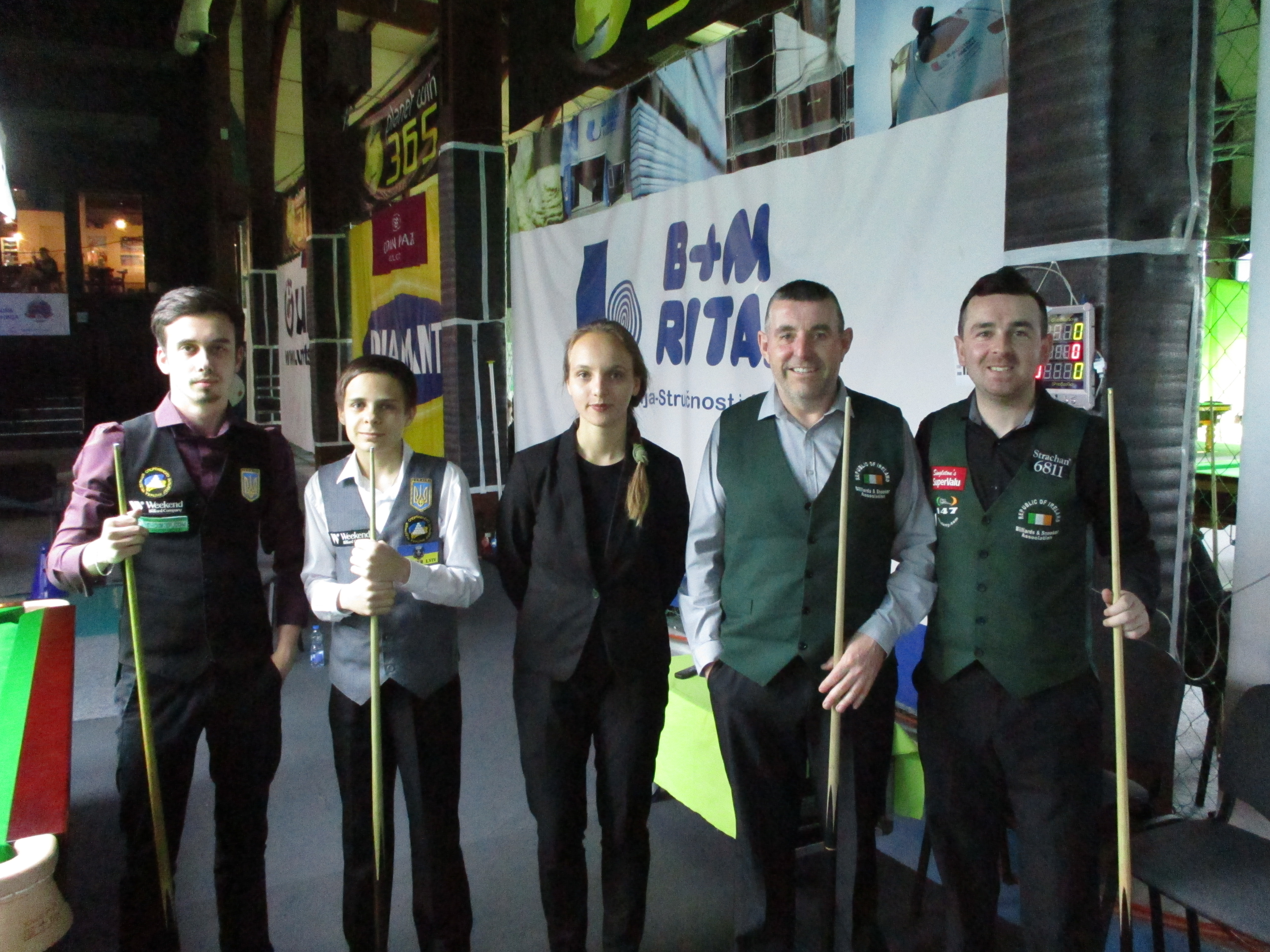 It’s been a very exciting day so far here in Belgrade with so many matches down for decision and one match certainly catches the eye as the young Ukrainian team of Vladyslav Vyshnevskyy and Anton Kazakov have progressed through to the Quarter Finals of the EBSA Mens Team Championship with a stunning victory over the experienced Irish duo of Greg Casey and John Farrell.

In the sixth frame Ukraine led by three frames to two frames and needed the Pink and the Black and Anton Kazakov could have played the shot of the tournament with a stunning pink into the corner pocket, screwing the cue ball back to perfection leaving his team mate with a tap in black for victory.

The Team Championships are shaping up well and are as follows:

For all Interviews go to the Official EBSA Facebook page https://www.facebook.com/OfficialEBSA/