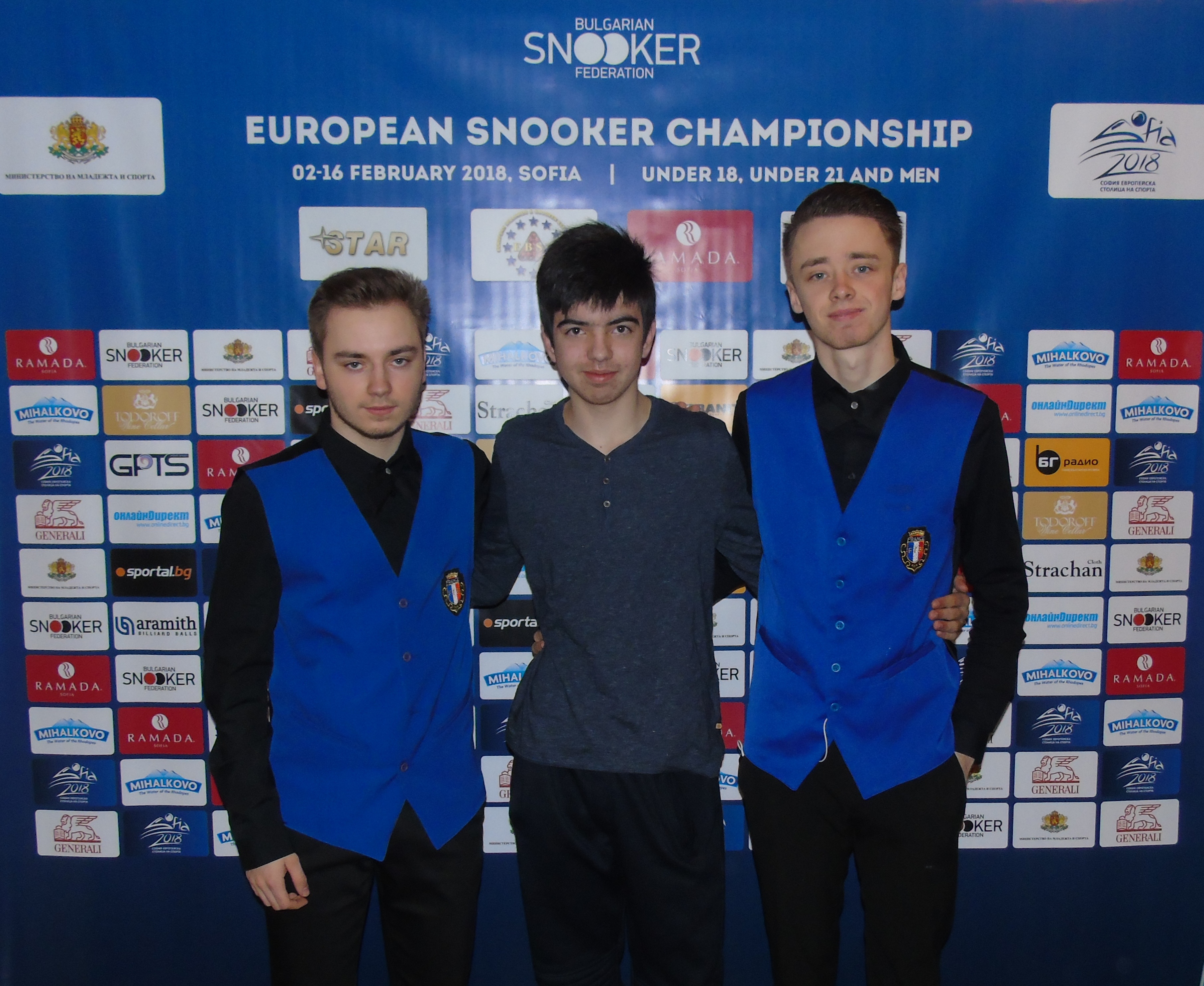 French Snooker is in a very good place at U21 level here in Sofia, with two french players Brian Ochoiski and Niel Vincent qualified this morning into the Last 32 with automatic qualification as Ochoiski was ranked number 1 after the Group Stages and Niel Vincent was ranked number six.
There were seven automatic spots for the last 32 and with two French players in the top seven it shows the massive improvement in the game in France and the interest there is in the game.
Also Nicolas Mortreux has had a fantastic tournament too, making it through to the last 57 of the Championships.
It must be only a matter of time before there will be a European Champions from France….Félicitations