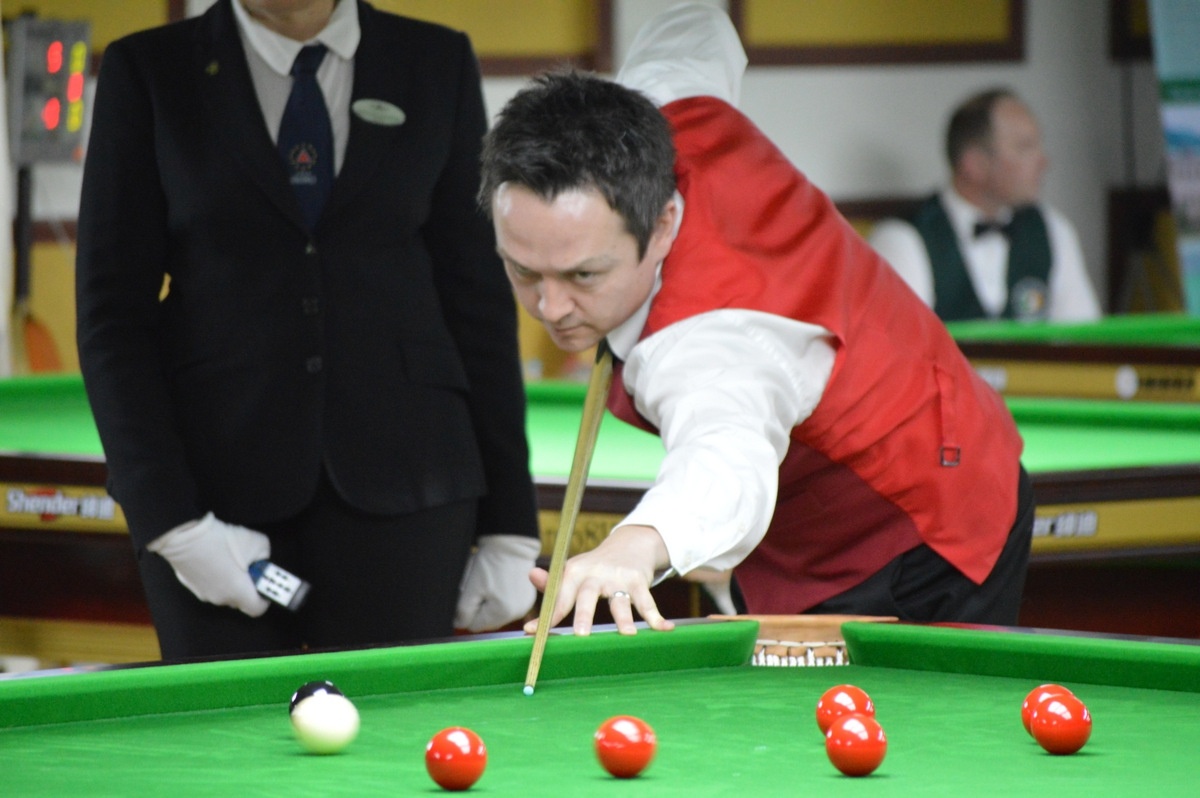 Wales 1 showed why they are one of the fancied teams to win the Mens event this year with a comprehensive 5-0 victory over Romania 6.
Lee Walker opened up with a 75 in the first frame and they took the next two frames also although Romania did run them close. The last two frames saw both Walker and Richards get a 60 break a piece to take all five points.
Israel 2 also notched up a 5-0 win over Romania 5 in the men’s section also.
The Masters however saw two very close fought matches with Scotland losing the first two frames against Romania 1 but rallied back to take the last three frames.
Belgium 1 Masters also picked up three points thanks to a 3-2 win over Ukraine. Mario Van Herk and Alain Vandersteen both lost their individual matches against Alan Trigg but won all other three frames with Van Herk having breaks of 54 and 65.