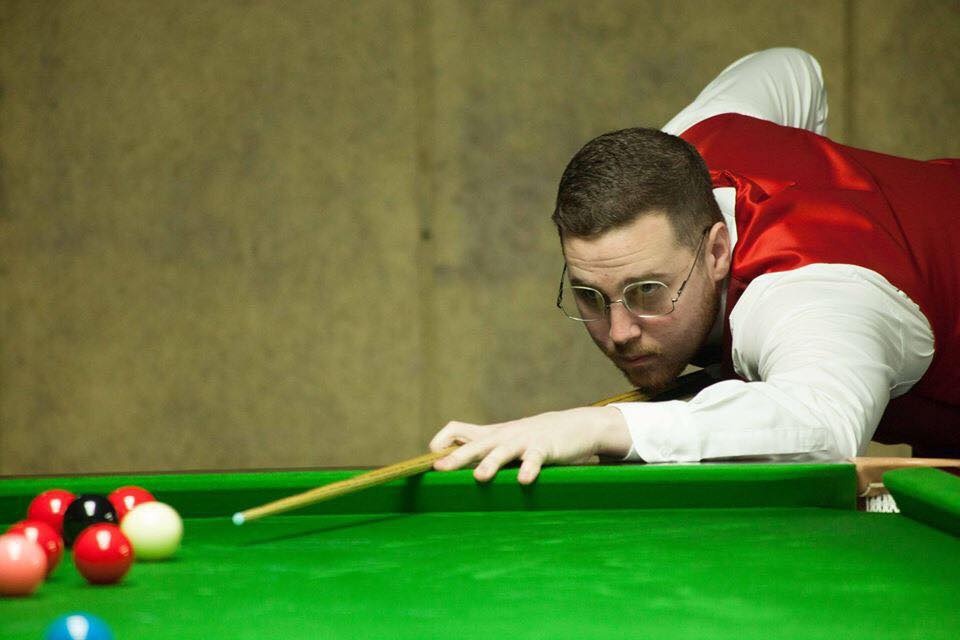 An outstanding performance, at least. Those are the words to define what Wales1 Men’s Team just did this Saturday afternoon, in the match against Russia (Group A), match refereed by the portuguese André Santos in table 2 of the 15 available in the Dolmen Resort Hotel for this European Teams Snooker Championships, in Malta.

Gareth Allen (pictured here) and Duane Jones dazzled on the green cloth on Scotch doubles frame, potting and positioning for next shot with such accuracy that they got a fantastic break of 130 points, complementing themselves as Fred Astaire and Ginger Rogers in a ball room, with a talent that seduces whoever is fortunate to be able to appreciate it. Scotch doubles system has been introduced in 2013, and in the European Team Championships that took place in Carlow (Ireland), from september 29th to October 6th, the local pair Rodney Goggins/Michael Judge achieved the former best world break playing this way (both players playing consecutively, one after the other, in the frame), with 113 points,

This astonishing break has even more credit because both players had to do some recovery shots, after not so great positioning for the following ball. Even Alex Borg, the maltese who still owns the crown of European champion in Men’s Teams (with Duncan Bezzina).

With 300 euros glasses similar to the ones Dennis Taylor made famous, Gareth Allen deserves even more credit because, as we confirmed, he sees perfectly from the right eye (the lens is only regular glass, no graduation at all), opposite to what happens with his left one. «And this is only with one eye. Imagine if I had both perfec», he told us, happy. We could not say it better.