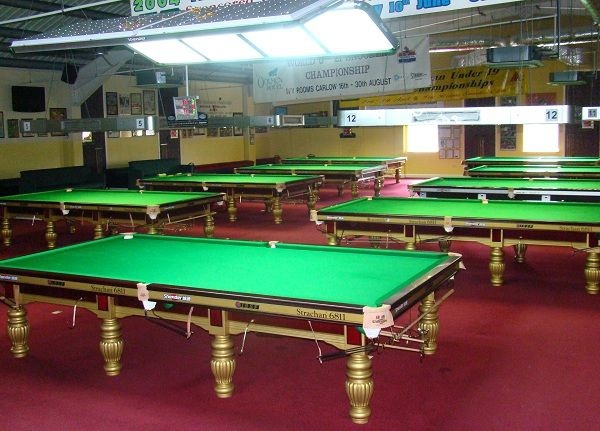 The Ivy Rooms Snooker Club in Carlow, Ireland will host the first IBSF World Team Cup and the IBSF World 6 Red Championships later this month when some of the World’s finest amateur players compete for the titles in Men’s, Masters and Ladies categories. The Team Event was run as a one off way back in 2006 in San Jose, California in which the Men’s event was won by England with the Masters event going to India.

Both England and India have strong representation in this years event but face strong competition from across the globe for the titles this time round. England “A”‘s team for the Men’s event will see the experienced Jeff Cundy and Nick Jennings team up to compete with each other and they will face a tough challenge from around Europe with EBSA countries sending some strong teams. 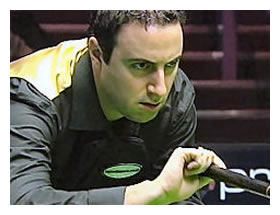 The hosts themselves will have six teams involved including ex-professional Michael Judge (Pictured) who will team up with Robbie Murphy who performed well in Thailand recently reaching the last 16 of the World 6 Red. Two other very notable teams include ex-European Champion David Hogan who will compete with Brendan O’Donoghue. Rodney Goggins will also be a tough player to beat and he competes with young Josh Boileau who will be keen to show what he can do.

Welshman Gareth Allen will be aiming to go one better after reaching the final of the European’s this year already and he plays with Gavin Lewis in one of the two strong Welsh teams with Jones and Taubman making up Wales “B”. Poland will be another European country aiming for the title with several strong teams including Michal Zielinski and Kacper Filipiak as there “A” Team.

Hopefully from the EBSA perspective we will see a European winner but they will not have it all their own way as several top Asian teams making the trip. These include a very strong UAE team of Mohamed Shehab and Mohammed Al Joaker as well as some very good teams from both India and Pakistan which includes Muhammad Asif and Muhammad Sajjad.

In the Masters Section we obviously don’t have to look to hard to find a clear favorite in Darren Morgan and Ian Sargeant from Wales although with the format this year it certainly will give other countries hope that another Masters title wont be going back to the Valley’s.

Ireland have several teams with Nigel Power and Anthony Bonnar leading the line and England’s Anthony Harris and Robert Marshall should be a strong team also. From outside Europe we will see teams from UAE, Egypt and Afghanistan which includes the formidable Saleh Mohammad. 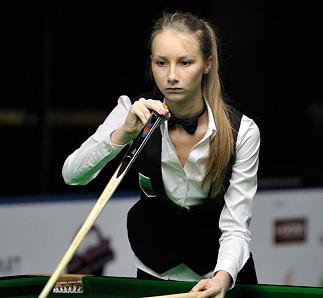 The Russian duo of Daria Sirotina and Anastasia Nechaeva (pictured) would have to be one of the favorites for the title after recent showing’s in various international events. However with the English duo of Maria Catalano and Hannah Jones they will certainly have their work cut out for them this time round.

We will also have strong teams from Poland, India, Thailand, Hong Kong to make this a highly contested event and Irish hopes will be on their “A” Team of Michelle Sherwin and Claire Mill.

This is where the men’s event will be very interesting as both the Men’s and Masters will compete for the same trophy and the likes of Darren Morgan will be thrown into the mix for the Men’s title.

Darren has plenty of experience in the 6 Red format from the Thailand event and so does the likes of Mohamad Shehab, Saleh Mohammed, Rodney Goggins Brendan O’Donoghue and Robert Murphy having all taken part over the years in the Thai based professional championship.

However the beauty of 6 red is that it’s a great leveler and we could see anyone come out of the pack and take this inaugural title come the 6th of October.

Whatever happens it will be a busy 7 days in Carlow with the two combined events and as always Dariusz Goral’s live scoring system will in installed in Carlow to bring you up to the minute results and the IBSF will also be going live with a new Web Site for this event to bring you all the news and photo’s from event.