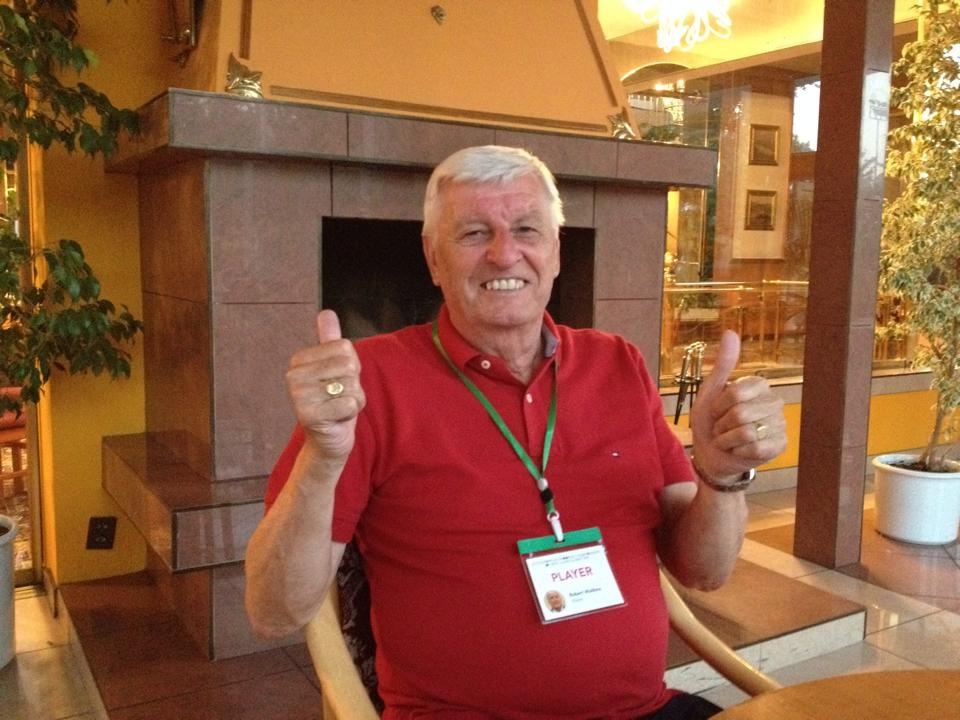 Sixty years playing snooker, and still competing at the age of 70… and winning: so far, in Masters competition, Robert Watkins, chairman of Welsh Billiards and Snooker Association (WBSA) played two matches and won one in this 2015 European Championships in Prague.

The man is a living legend. «You’re wrong, I’m not the oldest one playing, I’m the youngest one», says the Bargoed born welsh inspiration, who used to play Doug Montjoy, Alwin Lloyd or Ron Jones, such as Bryn Reardon, in his early ages.

In a coal miners land, Bob, as his friends call him and he insists to be treated, done almost everything: played cricket, played football as a midfielder… and stopped playing snooker «for 14 years», from 20 untill he was 34. When he moved back to his hometown, snooker comeback to the life of this reference, who saw a double world champion like Mark Willians «growing up since he was 10».

Bob has all the confidence in the new welsh generation that starts to show his quality everywhere in the sport. «Yes, but we are a small country, China is becoming a force. You can’t compete with 300 clubs in the same town, like Beijing. But we do our best. Gaz Allen, Duane Jones, Daniel Wells, there’s a lot of good players, such as Darren Morgan still is», he told us.

The hopes of a good future are also true for teenagers like Tyler Rees and Jackson Page, or for Michael White, in Bob’s point of view. Preparing his reelection later this year as chairman of WBSA, he’s honest: his wife, Ann, already complains about the time he still devotes to snooker. Their children (two daughters and one boy) and their seven grandchildren still don’t complain about the absences of their grandfather. Well, dow here, snooker family just loves him. Too.