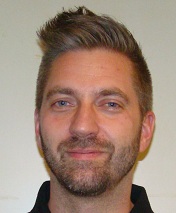 Corné Kuijpers has been playing snooker since 1992. At the moment he is Team-Captain for the head league snooker team in the Netherlands for his home-base “Snooker Centre de Pompadour” in Breda.

He has been selected by KNBB to be the Coach for the ‘European under-21 Snooker Championship” in Romania.

He is honored to get this chance and will certainly help to develop the snooker game more in the Netherlands.Further on he is the official KNBB Snooker Photographer and did photograph at the PTC’s in Antwerp and Rotterdam.