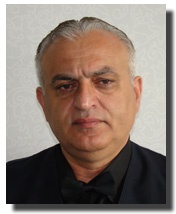 Yakov Shashuashvili is the Israel National Snooker Coach. He has coached and trained Israeli teams for several years in all categories. He graduated with Wayne and Terry Griffiths in the Matchroom in Wales.

He has participates in International competitions over the years for Israel in Men and Masters Snooker Championships. He was the coach of the Israeli National Team who reached the European Team Championship Final in Bulgaria. He was presented with Sports Coach of the Year Award in Israel for this achievement.