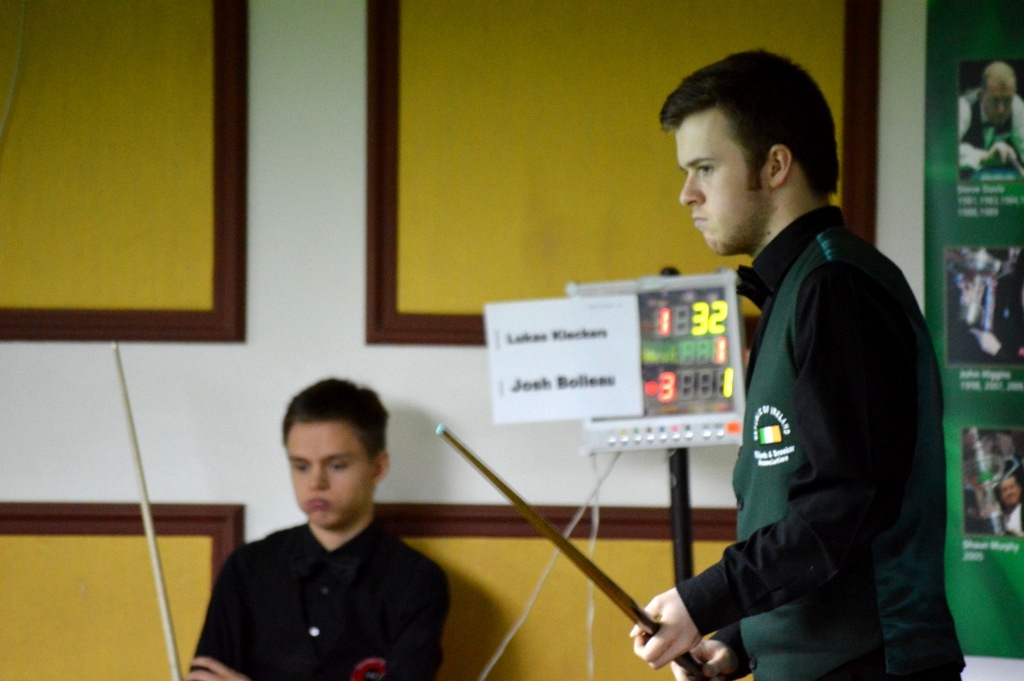 Boileau started the match with breaks of 91 and 75 in the first couple of frames and Kleckers responded with a 67 of his own to get back to 2-1. Boileau then took the next to make it 3-1 before Kleckers fought back and leveled the scores at 3-3.

Josh controlled the next frame winning 78-36 and took the last frame on the blue after Kleckers missed his opportunity to clear the colours and force the decider.

So it’s Ireland v England in both semi finals and they will get underway at 4pm local time.