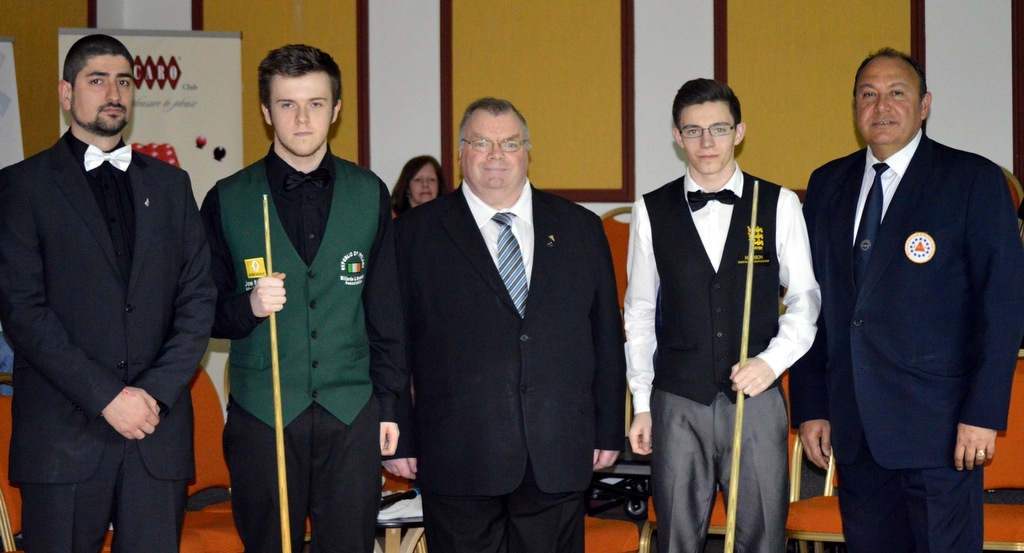 Josh Boileau is through to his first major international final thanks to a superb 5-2 victory over England’s Ashley Carty here in Bucharest tonight. The semi match which was being broadcast live on Romanian TV started well for the young Irishman with a great 54 break in the first frame opening up his account.
The second frame was a scrappy affair but it was Boileau who held his verve to take a 2-0 lead and with breaks of 46 and 47 in the next it was not looking good for Carty.
Things then got worse for Carty as Boileau made it 4-0 with the help of another 46 break as the players took a 15 minutes interval. It obviously helped Carty as he pulled a frame back and breaks of 35 and 31 in the next brought it back to 4-2 and a gave him a glimmer of hope.
The last frame however saw Boileau knock in a 48 at the start of the frame and despite giving Carty several chances to get back into the frame it was just not happening for the Englishman. Boileau eventually saw out the frame and will now play Oliver Lines in the morning at 10am.