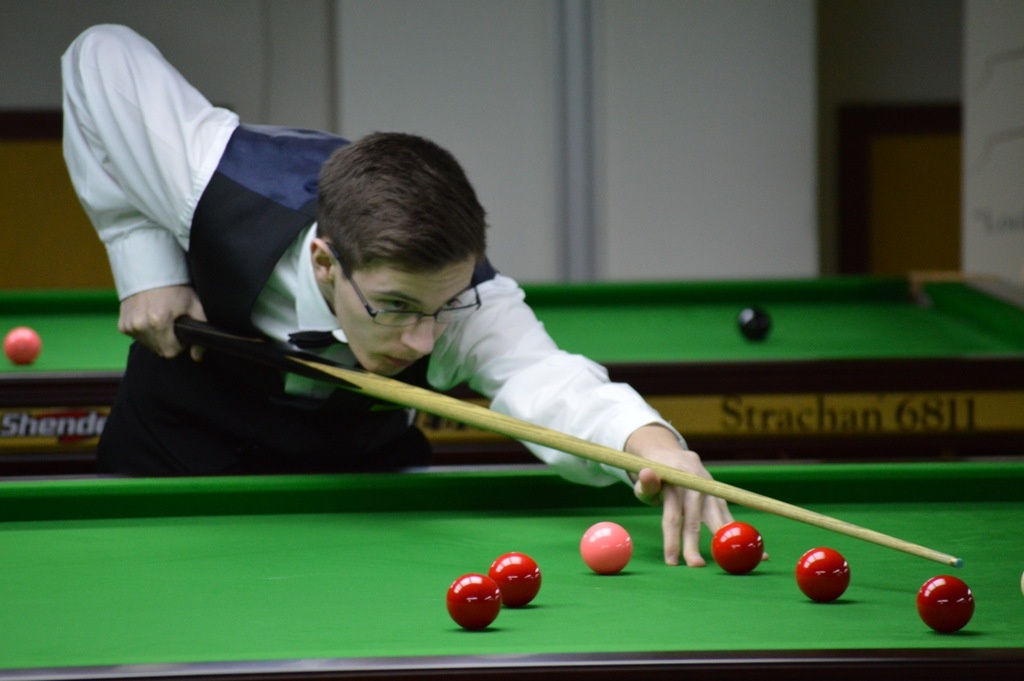 Both Ashley Carty and Dylan Craig brushed off thier defeats earlier today by getting back to winning ways in the 4th session of the day as Carty defeated Andres Petrov 3-1 and Craig saw off Vladu Mihai 3-0.

Carty started in great form winning the first with ease and then rattled in an 84 break in the second frame only for Andres to respond with a superb 88 break in the next to give the Englishman pause for thought.

The expeirenced Carty however ran out the victor taking the last frame 69-12 to take top spot so far in the group but only on frame difference from both Petrov and Bulgaria’s Spasian Spasov in Group A.

There was also 3-0 victories for Lee Mein, Ryan Cronin, Grzegorz Biernadskiand Tom Rees who are now all still undefeated with three wins a piece.

Germany’s Simon Lichtenberg also had a great win over Scotland’s Joseph McLaren despite being 2-1 down coming back to win the final frame on the black ball.