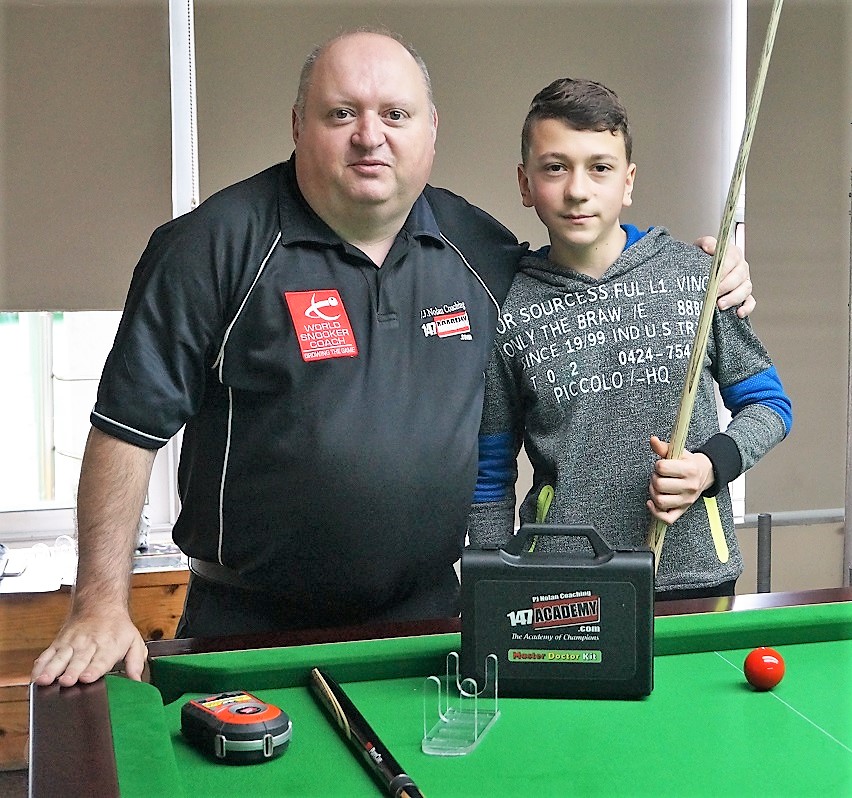 Day one of the EBSA Coaching Zone with EBSA Coach Head Coach PJ Nolan was held with a 13 year old Bulgarian player Velian Dimitrov in the Ramada Hotel in Sofia Bulgaria. This morning PJ worked with Velian on improving on his break building and safety game.  During the 2018 EBSA Snooker Championships in Sofia, EBSA head Coach PJ Nolan and his assistant Bratislav Krastev will conduct two coaching courses and free cue zones for the players.

On February 4th, 5th and 6th a coaching courses will be held from 10am and 5pm with PJ Nolan.

If you would like to become an EBSA Official Snooker Coach, first step is to get your National Governing body to write to the EBSA to nominate you to apply to hold a course.  For more information on the coaching Click on ” Coaching ” on www.ebsa.tv web site or email PJ on pjcoach147@hotmail.com