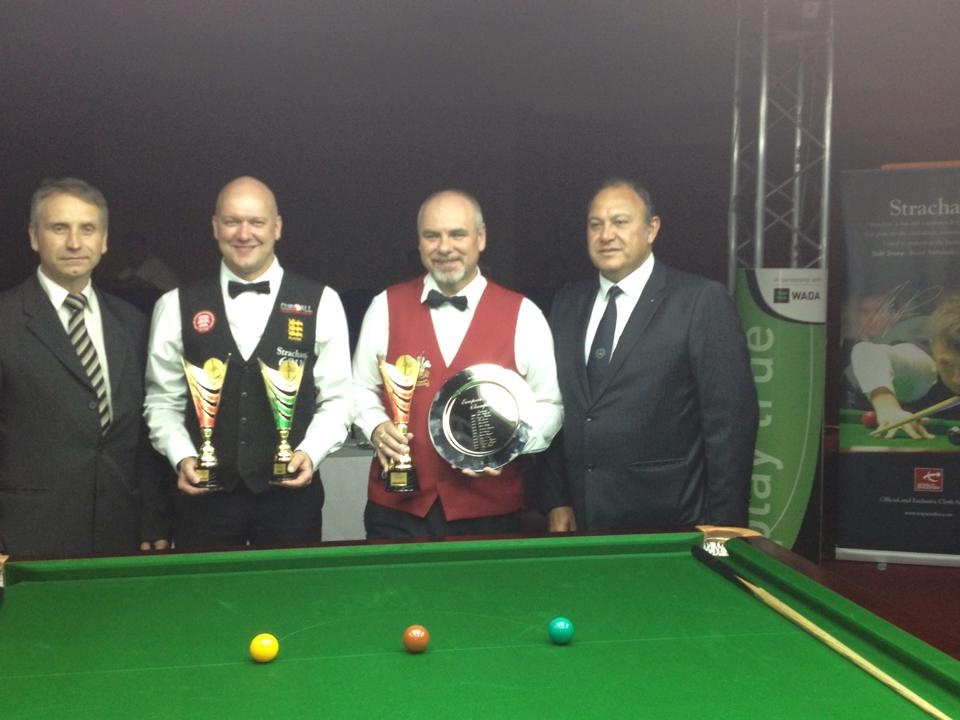 «I haven’t been playing very well the all week, but all credit to Jamie, excellent player. I’m over the moon by this win. If it still feels like first one? Well, you never know when it’s your last and if you’ll had this chance again», told us the also 1987 IBSF World Amateur Champion and former number 8 of world ranking when he played pro, which he did since 1988 until 2007.

«I dedicate this win to me family, who suffers with my absences. Especially my wife, Tracy, and my three daughters, Paige, Holly and Ellie May», told us the 2015 also Welsn National champion.