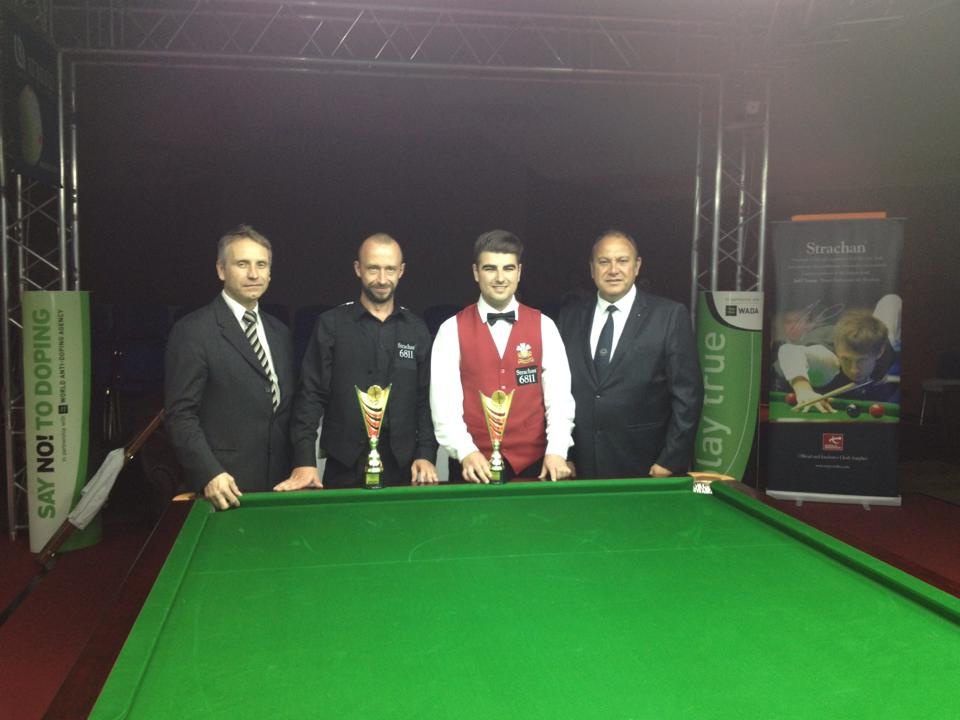 Michael Wild (England) 34 years, is the 2015 European Snooker Champion, a title he just won this Saturday beating Jamie Rhys Clarke (Wales) 7-4 in the Grand Final, at Prague’s Top Hotel, in a a clash that lasted more than four hours until the new European King and successor of 2014 winner, Mitchell Mann (England) was crowned.

It’s the first European crown for the former world number 121 and professional in the 2003/04 season, with a best break is 138 who showed during all this 24th edition of the European Championship, since the start, last June 3rd, a consistency and personality in the table that no one could resist.

Beside of the Cup, delivered by EBSA chairman Maxime Cassis and Czech Snooker Association, Tomas Nahlik, Wild won a 1600 euros prize and, most important, the only ticket available and the chance to get back to the Main tour: EBSA will nominate him to World Snooker to play among the pros again for the next two seasons.

«I’m delighted! It feels wonderfully to win this title. I played really well this 11 days and mostly in this final. Potted some good balls, perhaps what made the difference was that Jamie, a great runner-up, missed a few. It’s good to be back», told us a joy Wild, who’s girlfriend. Emma, was shaking during the all match but got a big smile in the end, and a kiss from the new European Champion.

The Closing Ceremony of this 2015 European Snooker Championships will take place at 7 p. m. this Saturday, at Prague’s Top Hotel.